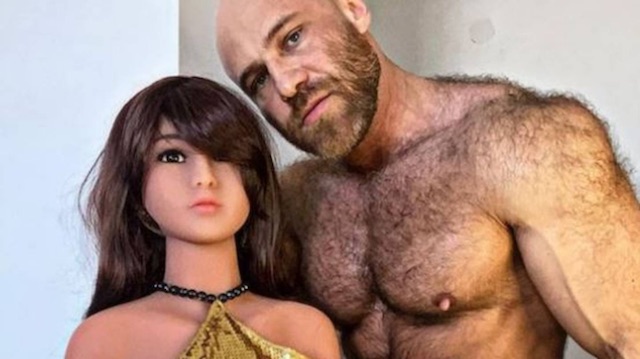 This guy’s life is so crazy.

Just to recap, after cheating on the sex doll he was married to whilst she was undergoing surgery, Yuri Tolochko decided to instead begin a relationship with two other sex dolls and start self identifying the group as a throuple. It seems that the other two dolls have now fallen in love with each other judging by the latest post on his Instagram account though:

Sounds like that’s going kinda great for him, but I’m not sure if we really needed that extra detail about the sex doll’s pussy did we? I suppose someone did ask him about it, but even so it seemed a bit much. I guess it just adds to the impression of how mentally ill this guy is. I haven’t even mentioned how it’s impossible for two inanimate objects to fall in love with one another, but I was hoping I wouldn’t need to to be honest.

I should probably stop indulging him and writing about him every week, but you just know that his next update is going to be something so bizarre that I’ll be dragged back into it yet again. So it goes.

For more of the same, check out this horrific homemade sex doll. At least Yuri isn’t getting involved with a anything like that.