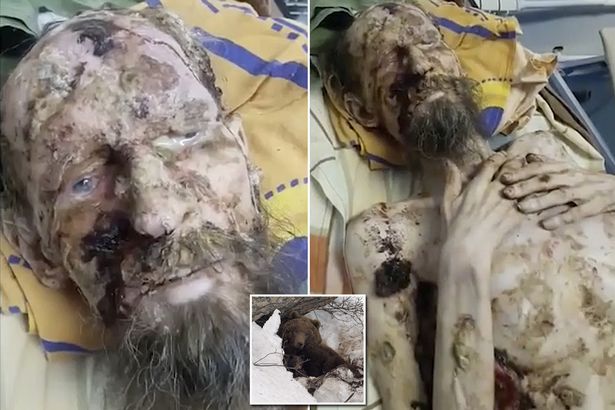 How the hell did he end up like this?

We posted a story up here on Tuesday about a dude named Alexander who had apparently had his back broken by a bear and was then forced to cower in his den for a month as he fed on him until he was eventually rescued by some hunters.

Obviously he looked like complete shit after this experience with many comparing him to a mummy, and the pictures quickly went viral. However, it looks as though all might not be quite what it seems in this case, as reports are coming in from the Tuva region of Russia that every single hospital has denied ever treating him.

A missing persons group has also made the claim in Aktobe that he is a man named Alexander who they have been searching for. They’ve been trying to ascertain his identity and said the following, confirming that he was being treated at a hospital in Aktobe: 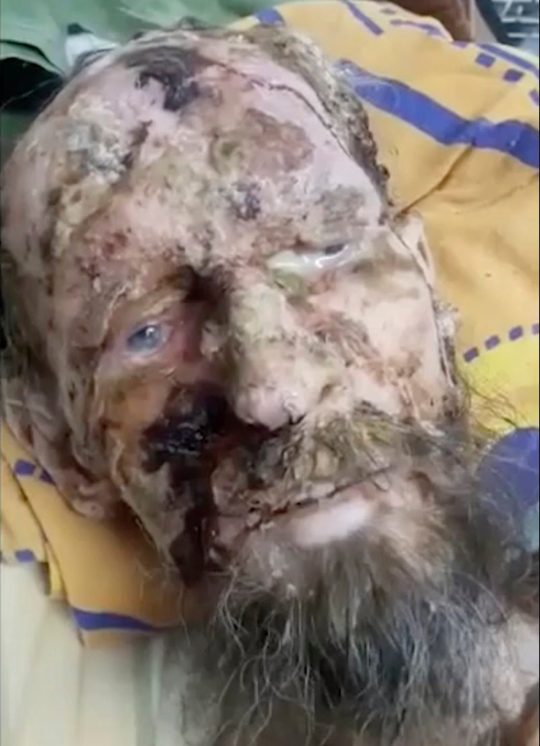 He is ill. But the doctors said that they will cure him.

Of course, how he turned out to be in such state we will never know.

I mean they could perhaps ask him if he ever recovers and becomes coherent? But yeah otherwise it really is a mystery how someone can end up so frail and shrivelled up, kinda like that one guy in Seven who doesn’t get fed any food for a year. And why would anyone make up that he was attacked by a bear and spread it around the whole entire world?

Very weird behaviour, but I think we can all agree that the most important thing is that Alexander recovers. Mainly because it would suck if he died, because also we wanna know how the hell he got into this state in the first place. Good luck pal.

For more of the same, check out the original video of the guy when he was first found. Grim.