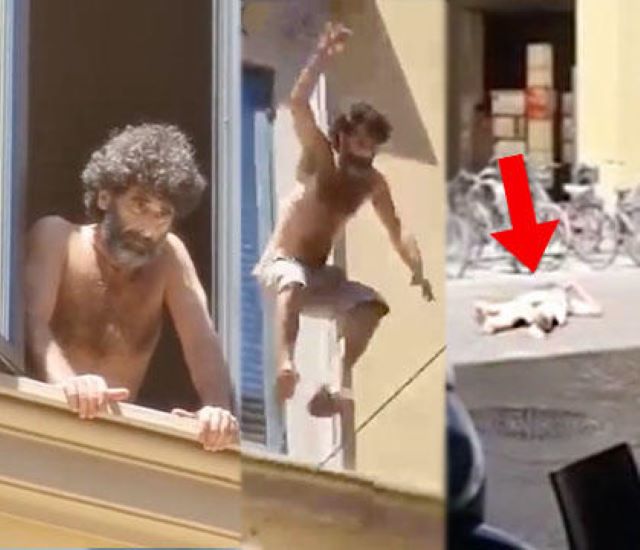 Crazy footage out of Italy this week shows a man having a disagreement with a group of people making too much noise at the café below his apartment, before throwing a bottle at them and eventually leaping from his third floor window.

Damn. It seems like whoever he was arguing with invited him to come down and continue the conflict at street level, but I’m pretty sure they meant ‘take the stairs’, not jump off the bloody balcony and shatter your ankles into a million pieces. If only he knew parkour he could have immediately transitioned to a forward roll and come face to face with his attacker, which would have been pretty badass. But clearly this guy is insane and/or on drugs so who knows what he was thinking?

The good news is he survived the fall and was taken to hospital for evaluation, so here’s hoping this episode turns out to be a blessing in disguise. Get well soon, paisan!

To watch a dude jump FOUR floors to escape police and somehow make his getaway without a scratch on him, click HERE.