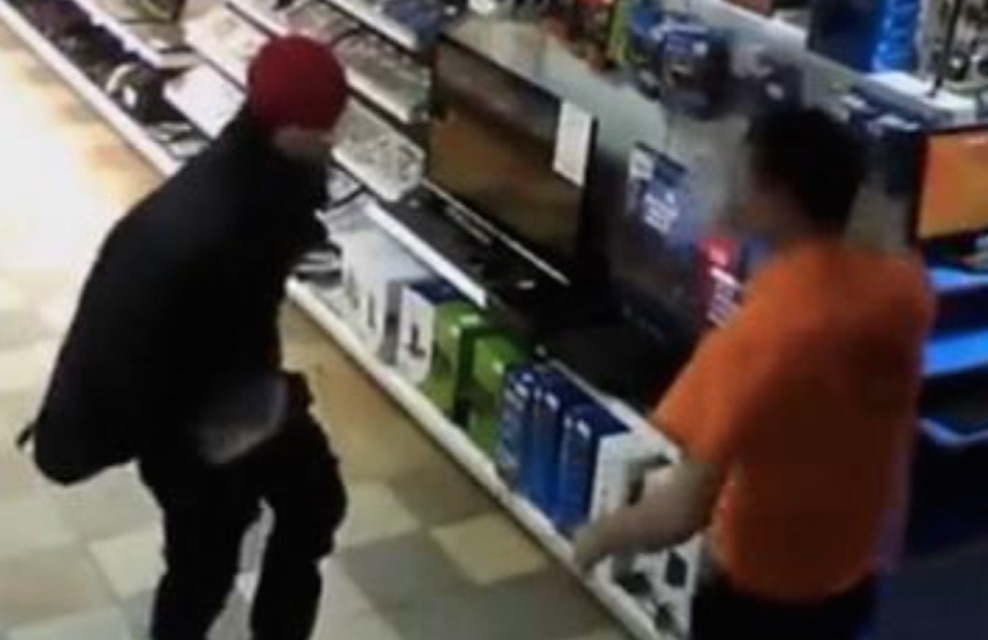 Sometimes you just can’t contain yourself.

It basically follows a man in a red hat and a black coat around the supermarket until he gets to the Playstation section and can no longer contain himself. He stands in front of the Playstation 4, undoes his belt, whips out his dick and starts cracking one off there and then.

Why? We’ve got absolutely no idea and neither does anyone else it seems, so we can only assume that he was really excited about the new Assassin’s Creed or something. Maybe you can draw your own conclusions from watching the video below.

Wow. There really is no doubt there of what he’s doing is there? It doesn’t even look like there’s a cool game or anything on the Playstation screen so it literally must be because of how hot he finds the ergonomic design of the machine or something. Whatever turns you on I suppose.

I like it where the guy tells him to get out of there as well like it’s no big deal – maybe he goes in there all the time to jerk off over Playstations? If that’s the case he should probably just save up and buy his own, right?  That would make more sense than getting busted all the time I feel.

Still, this kind of behaviour seems to be happening in supermarkets more often this year. I mean it was only a couple months ago a Walmart employee was caught jerking off behind the till.