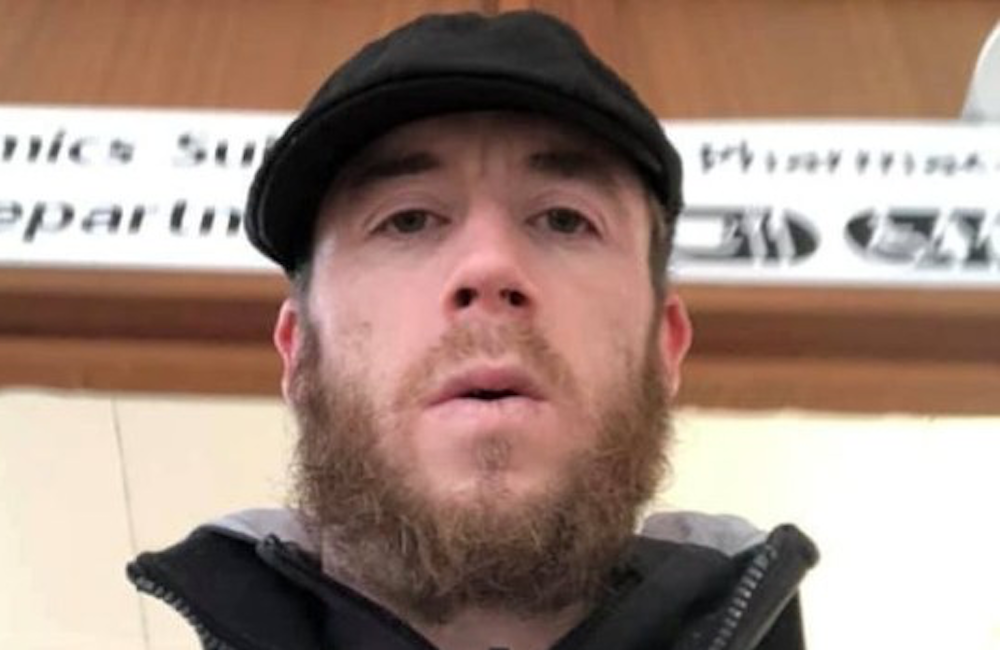 Whilst the vast majority of people seem to be staying safe and isolating during the Coronavirus crisis, there are a large number of complete and utter idiots as well who seem to be doing everything they can to cause as much trouble as possible.

The latest of these is a 32 year old man named Kierran Stevenson, who decided to take a visit to Stoke Mandeville Hospital, Aylesbury to allegedly check out their security measures. He posted on Facebook that he was dismayed to not see anyone in PPE or Hazmat suits and that he was able to walk freely around the hospital without any trouble: 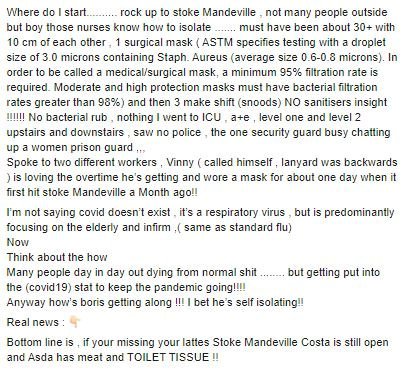 Hmmm. I don’t really believe that he was walking around the hospital just to check out whether they were adhering to safety regulations, do you? I mean why would he even do that if all he was going to do was post it on Facebook and not alert the authorities?

Very weird behaviour, especially when staff say that Kierran was being really creepy and weird and there’s CCTV footage of him riding up and down in an elevator for ages. Thankfully, he was arrested for his behaviour and he admitted to causing a public nuisance and breaching social distancing laws and has been thrown in jail for three months and fined £300.

Despite there being clear warnings about entering the hospital, Stevenson walked around the building, speaking with staff and breaching social distancing guidelines.

His reckless behaviour was extremely distressing for staff and put them, patients and the public at risk.

We will continue to prosecute anyone who acts irresponsibly risking harm to others during the current pandemic.

I mean all I’ve gotta say about that is good. Guy was being a class A idiot and hopefully the way he’s been treated will stop other people from following his lead. Can’t say I’m that confident it will though.

For more of the same, check out this guy threatening someone with a syringe of his blood. What is wrong with people?