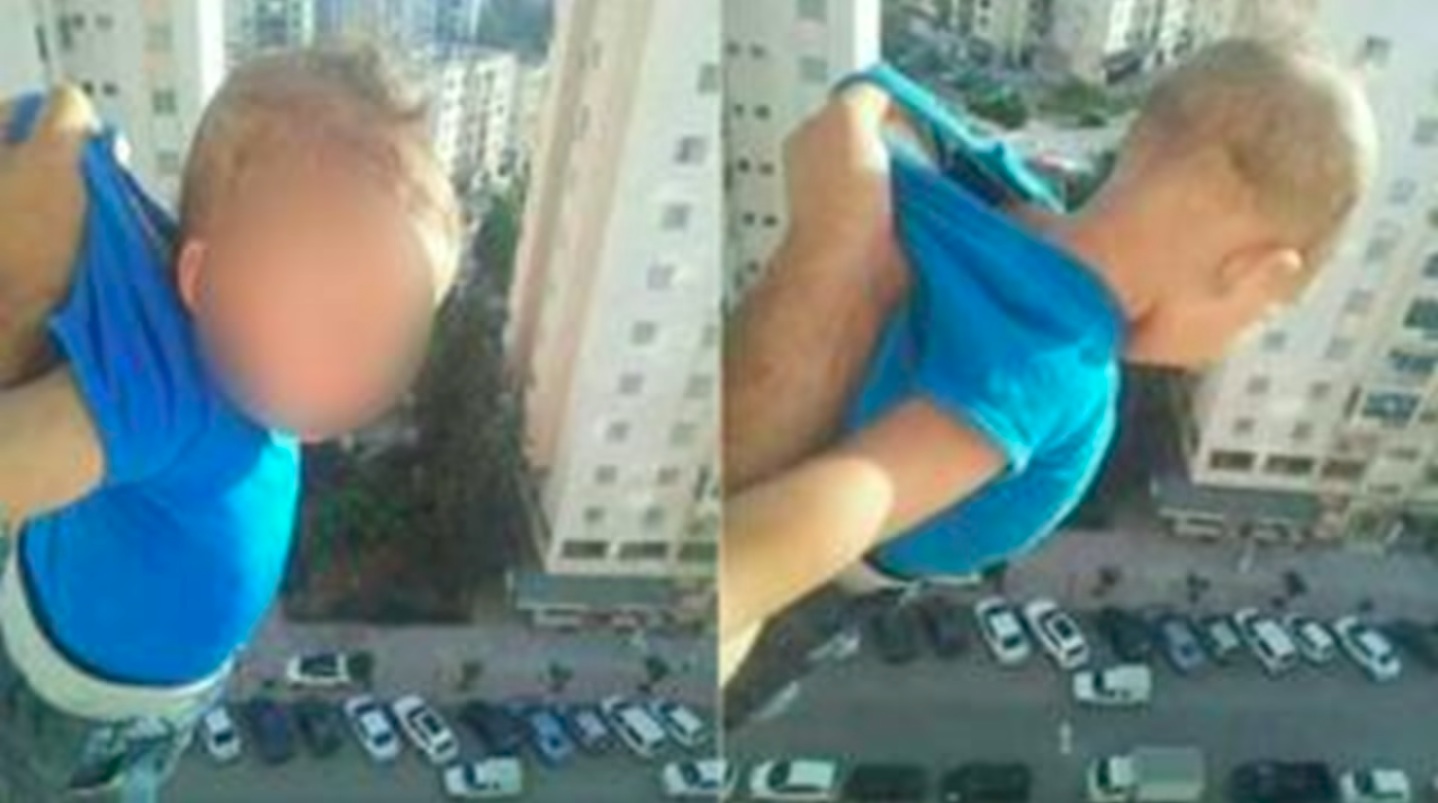 Worst father of the year.

A man over in Algeria has been sentenced to two years in jail for dangling his own baby son out of a window to get more ‘likes’ on Facebook.

The man posted the picture on Facebook alongside the caption:

Unbelievable. The shocking post promoted social media users to highlight the issue to the police and he was promptly charged with endangering the baby’s safety.

Obviously, dangling a baby from a 15th floor building is not cool in any way, shape or form. But according to the man in question, the picture was actually taken with protective barriers and these were removed from the picture.

Barriers or no barriers, this guy probably should’ve thought about that before posting the image on social media and now his stupid actions have led to a two year prison sentence. That’ll be the last thing he’s posting on Facebook for a while.

To read about the Essex girl who cut off her own finger to get more ‘likes’ on Facebook, click HERE.