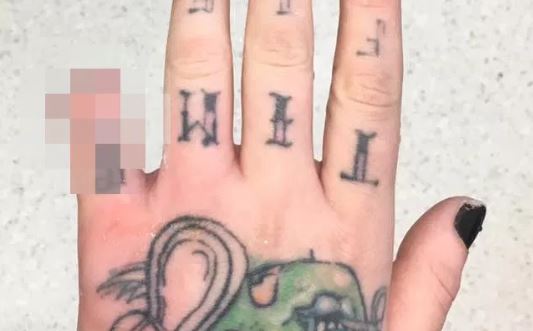 Surely there are easier ways of getting attention on social media.

A 30-year-old lady from Essex has chopped off her pinky finger with bolt cutters and detailed her thought process behind the move to her thousands of followers on Facebook.

Torz Reynolds seems pretty happy with the results to be fair, and genuinely seems to think it’s a good look.

Warning – this shit gets graphic: 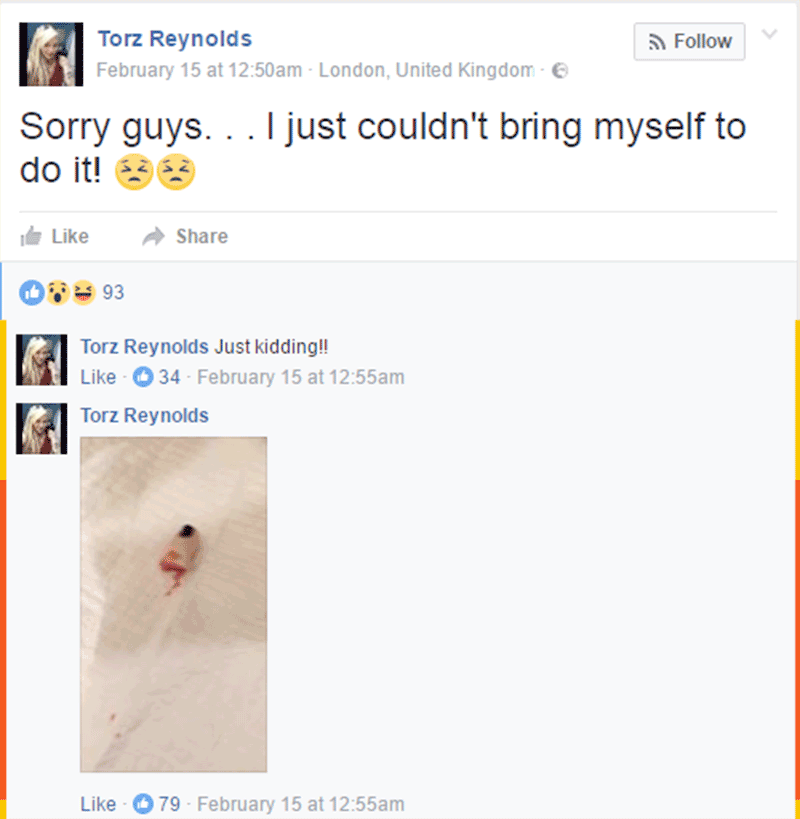 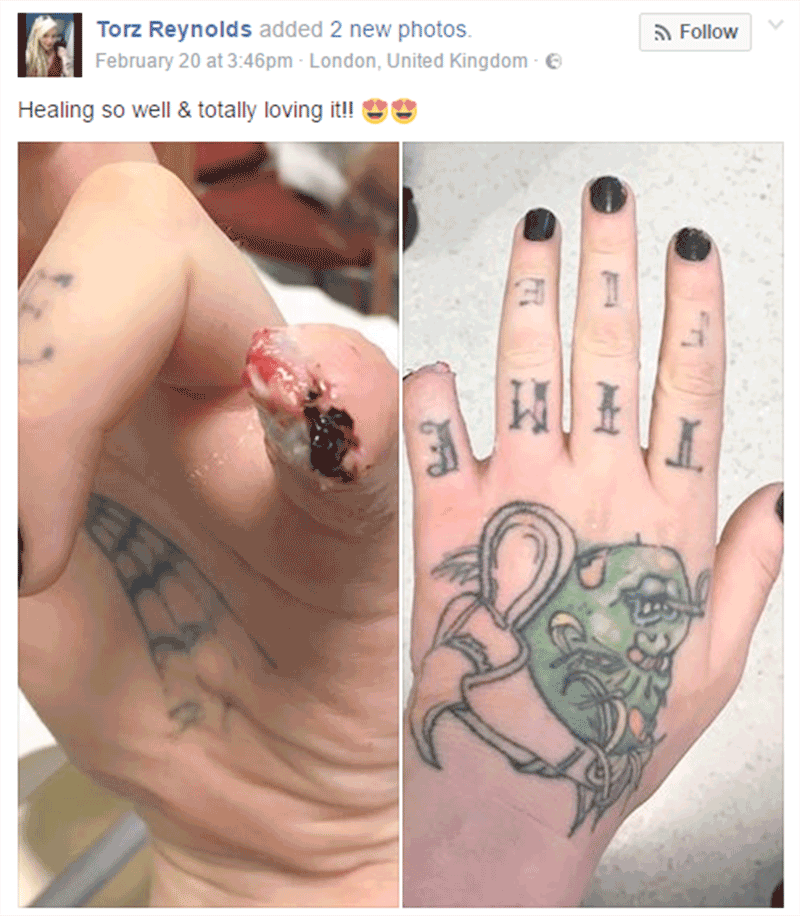 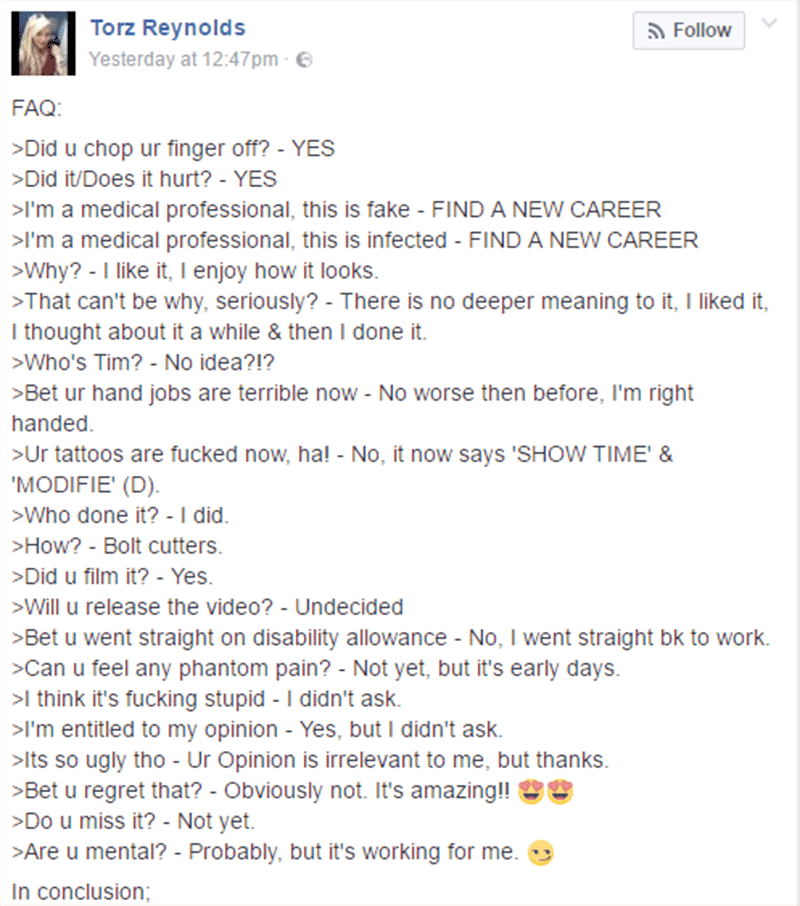 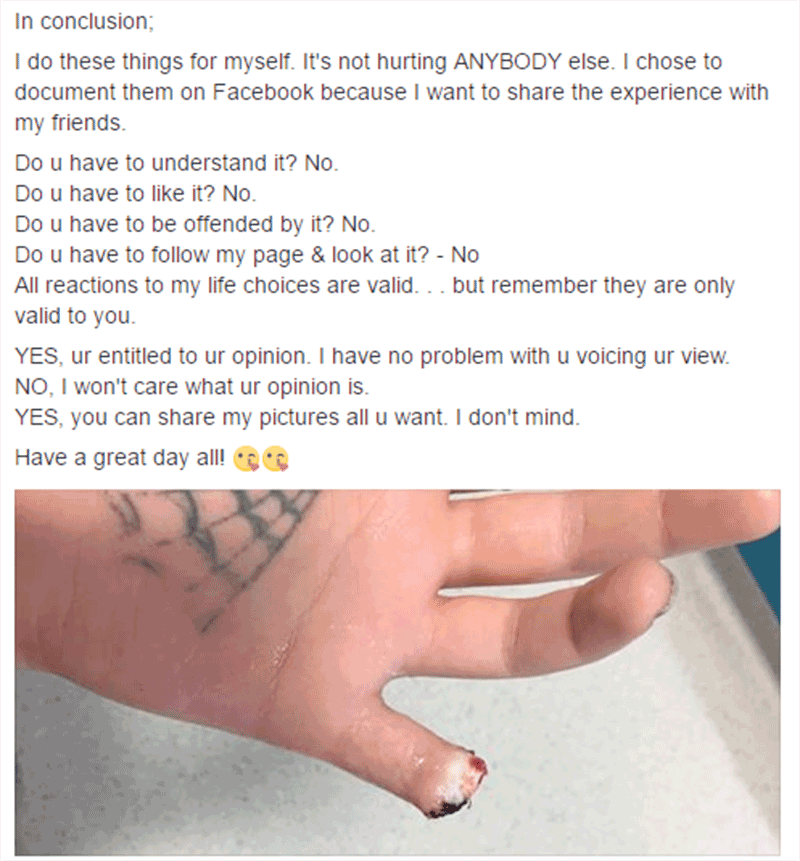 Well, at least she can say she’s a woman of her word. Promised she would chop off her finger and totally did it. Would you or me cut off our fingers for attention on social media? Probably not. But somehow this brutal act of self-mutilation was deeply gratifying for Torz, so I guess it’s worth the sacrifice in her case.

I wonder which body part she’ll chop off next? She has some way to go before catching up with Parrot Man (NSFL), that’s for sure.