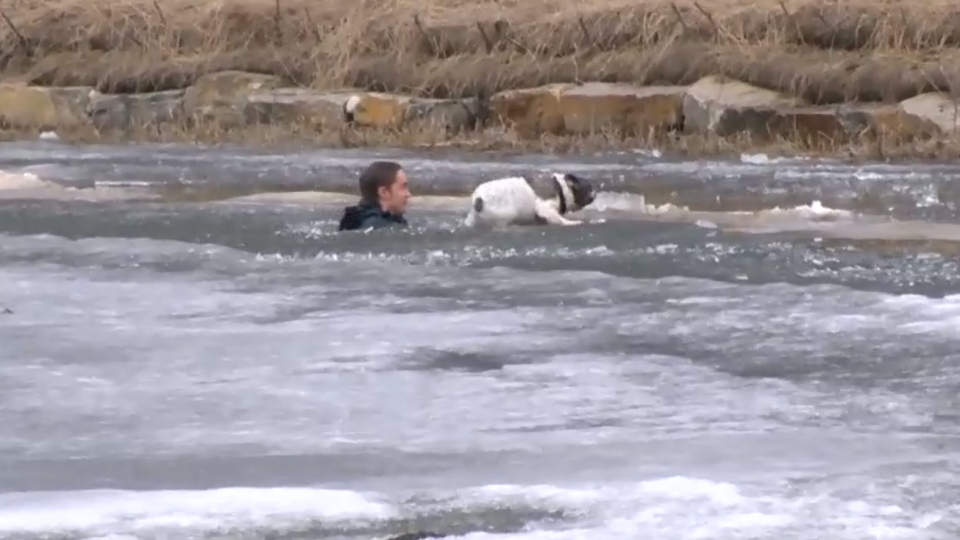 Hero of the week.

Saving your dog from drowning is the biggest no-brainer ever (second to not letting them play on ice while off the lead).

Canadian man Duncan McIver was at a park in St. Albert, Alberta the other day when his dog, Cosmo, ran into big trouble on the ice. As any dog owner/lover would do in an instant, Duncan jumped into the frozen pond and swam through it to save his pup.

As soon as the ice broke, I just went right in. I think most people would do the same for their dogs.

Camera crew in Alberta, Canada captures man leaping into frozen pond to save his dog. pic.twitter.com/uJnWkjNVsB

Nice of those people to just stand there filming. Though I suppose if you’re not willing to risk your life for a stranger’s dog, what else can you do? Just film and hope that the owner reaches him in time so you can catch that viral moment. Luckily it turned out well for everybody involved.

Duncan & Cosmo drenched but ok. "It's a spilt second thing. You're not going to let him die, right?" Full dets @ 6pm on @ctvedmonton (2/2) pic.twitter.com/YkvabWf5Wy

So many dog heroes out there – like the guy who was tripping on LSD and saved his neighbour’s pup from an imaginary fire.