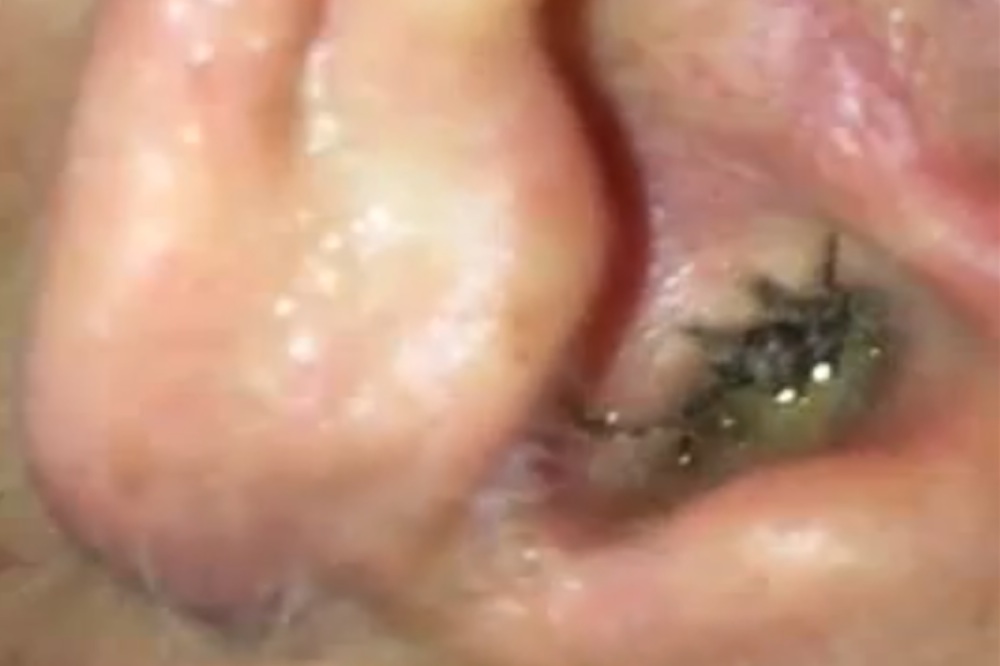 As far as some of the worst things that could ever happen to you go, this would definitely be up there in my top five nightmare moments.

It’s the story of a guy named Bruce Brandit, who got a super painful ear infection after swimming in Lake At The Ozarks in Northern Missouri. He said it felt like the entire canal was clogged up and he could barely hear anything. Desperate, he tried to use the camera on his phone to see if he could figure out what was up in there.

He almost certainly wishes he didn’t because he saw a spider creep out of his ear. You can hear the shock in his breathing when he sees it too and you can’t really blame him because if I saw a spider in my ear then I would be freaking out massively. Massively.

There’s no news on whether he managed to get it out, but apparently if you fill your ear canal with water then it will force it out, so here’s hoping he did that. Incredibly, this isn’t the first time we’ve featured someone with a spider in their ear on the site so check out this photograph if you want to be even more freaked out than you already are.