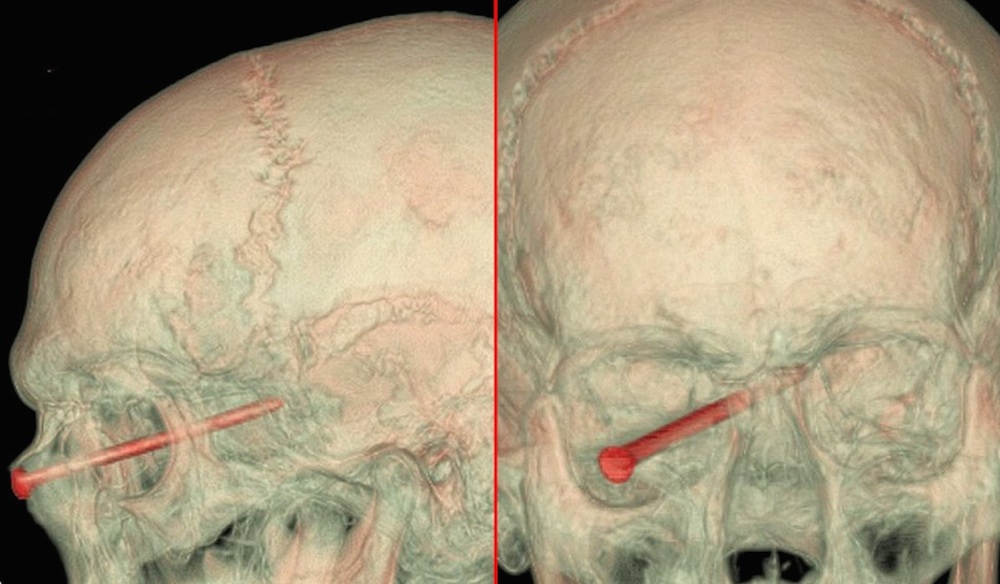 One hell of a lucky escape.

As far as horrific injuries go, there probably aren’t many that I would choose over having a nail go through my eyeball. Maybe not even having a knife stuck in my head for four years like this guy.

However, despite a three inch nail going straight through his eyeball, the unnamed 27 year old managed to walk away from the accident unharmed and with his sight intact. Wow, I didn’t see that one coming (sorry about the pun).

The nail ended up in his eye after he was using his garden strimmer to get rid of some of the weeds that had accumulated there. There was a stray nail lying in the grass and when the strimmer went over it, the nail flicked up and embedded itself through his eyeball. Geez, I just cringed massively just writing that sentence, it must have been absolute hell for him actually experiencing it.

Having said that though, the surgeons at Boston Massachusetts General Hospital were able to quickly and safely remove the nail and there wasn’t any permanent damage done to his sight, which kind of sounds like a miracle to me. Here’s what lead surgeon Dr. Wael Asaad remembers about the incident: 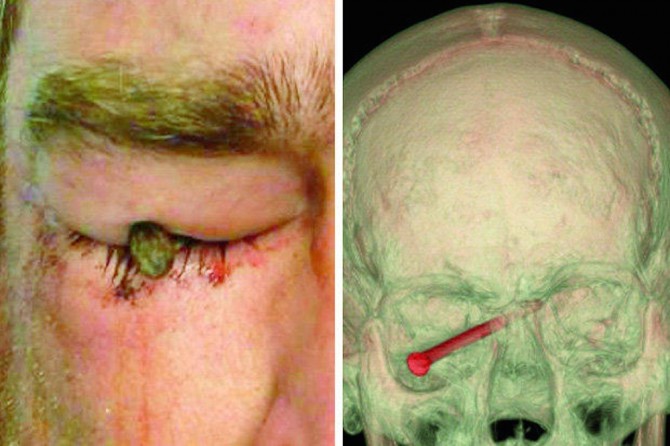 When you looked at him, all you saw was the back end of the nail in his right eye.

It reached almost to the tip of the other eye and the brain. It was a very long nai.

The good news: It had not penetrated the globe of the eye, but was to one side.

The bad news: It was lodged against one of the main arteries supplying blood to the head, and another artery serving the other eye.

The tip of the nail was like the finger in the dam. We were worried that if we pulled it out, there would be bleeding – a jet of blood that could damage the other eye or the brain, or even prove fatal.

After a tetanus shot and a prescription for five days of preventive antibiotics, he was on his way.

A checkup eight weeks later showed his vision had returned to normal. Had the nail struck 1 millimeter away, he likely would have had major damage.

Well, there you go. Lucky escapes do happen and that might be one of the luckiest we’ve ever written about – even more so than all these heart stopping GIFs of lucky escapes I reckon.