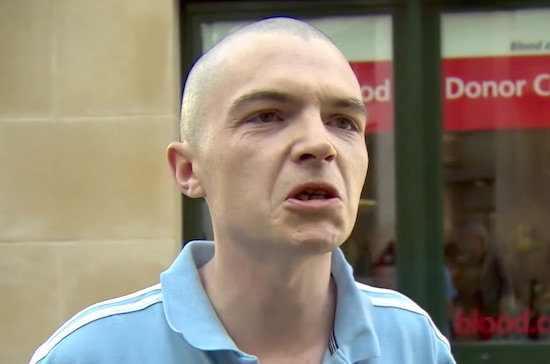 The world is still in mourning following the senseless and tragic attack in Manchester at the Ariana Grande concert on Monday night, but everyone has also been inspired by the way that the people of Manchester have banded together and stood tall in the face of adversity.

This is perhaps best illustrated by this impassioned speech that was featured on Newsnight last night. The guy certainly doesn’t look like the kind of person that could come up with something as touching and eloquent as this, and that in itself makes it all the more poignant.

I know we shouldn’t judge a book by its cover and I apologise for thinking that in the first place, but honestly it does seem hard to comprehend just how incredible this speech is when it’s coming from a guy who looks like he’ll glass you in the face for looking at him funny down the local social club:

Wow. What a level of emotion from that guy, and he’s completely and utterly right as well. What he’s saying doesn’t apply just to Manchester – although it obviously does more at this moment in time – but to every city in the world.

If anything good comes from these terrorist attacks, I hope that it’s a message such as that promoting the importance of community. You might think that people in big cities are growing apart, but events like these make us realise the reality of the situation is far from that.