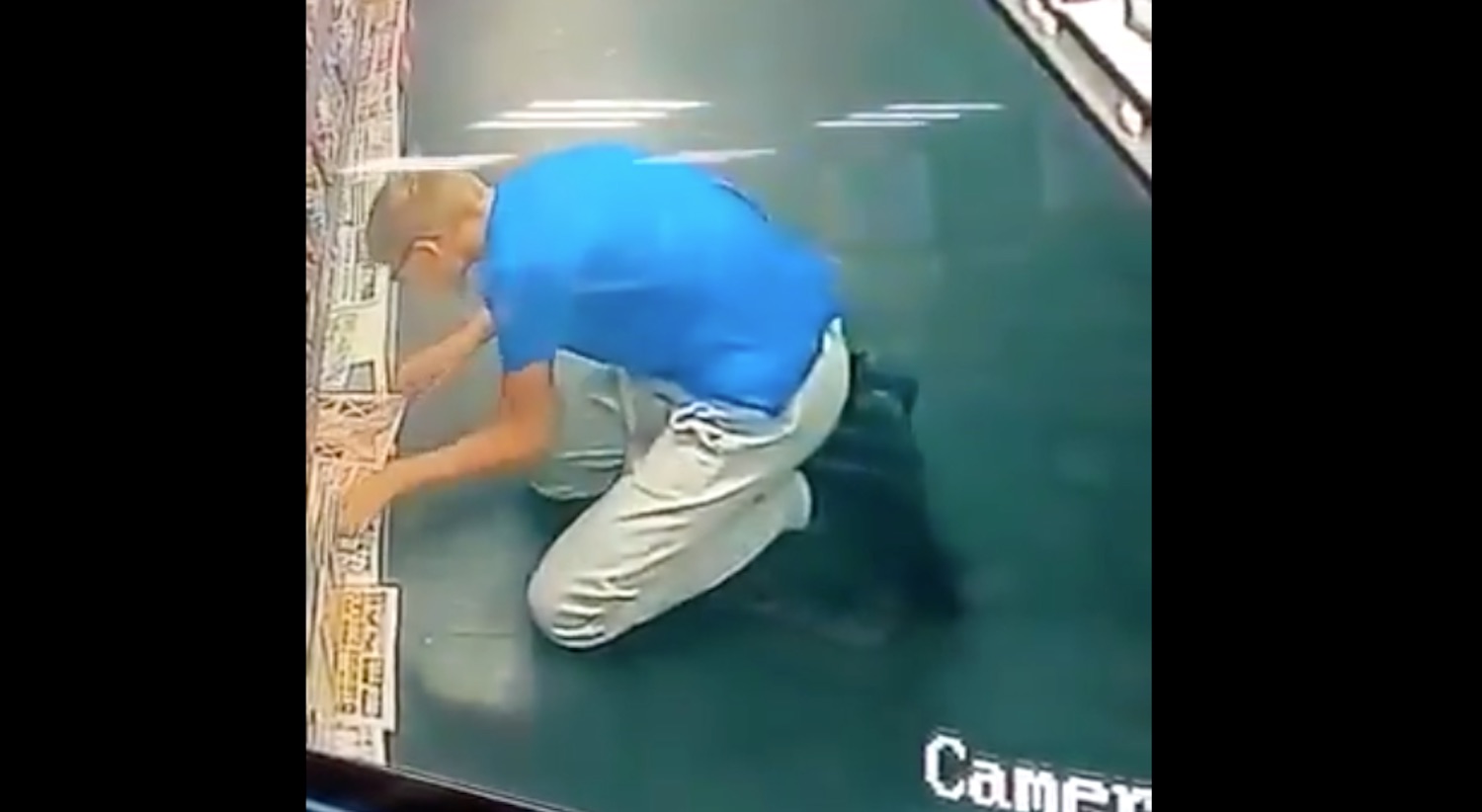 There’s something to be said about the bizarre perverse pleasure of a dangerwank, but most of us this is limited to calling your parents or girlfriend/boyfriend into the room just before you finish and trying to hide your orgasm – the guy in this video is about a hundred levels above that though.

I used to love the beano but nowhere near this much pic.twitter.com/Qsra44T1EG

Well that was one of the quickest and most furious wanks of all time wasn’t it? Pretty impressed with his ability to crack one out so fast, but completely unimpressed by his decision to do it in the supermarket.

The way he wipes it on the magazine afterwards is just an all out grim creep out as well – imagine if you picked it up and found some guy’s jazz all over it? Completely rank and I hope he receives some kind of punishment for his actions because even though we’ve all had a laugh at the video, it just isn’t on really is it? No.

For more of the same, check out this story about a guy having a three hour wank on a Megabus. No mate.