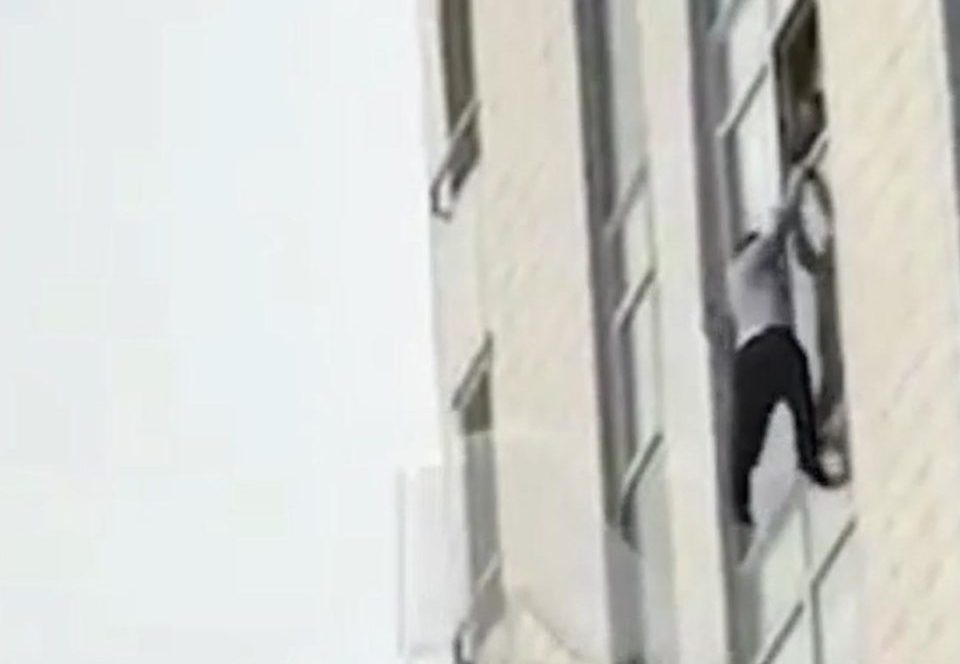 The video below shows the horrific moment a man falls to his death from 16 storeys high after arguing with his girlfriend.

It has been reported that Sergey and his girlfriend had planned to marry, but unfortunately this has been cut short. Apparently ambulance crews rushed to help him after his fall, but were unable to save him.

It is not clear what happened, whether it was in the heat of the moment that he was trying to scare his partner and fell out of the window by chance, or if the situation was different.

I’m just confused as to why he was hanging outside of the window in the first place. As the ‘source’ said, he might’ve been trying to scare his partner, but even in the heat of the moment, surely you wouldn’t put your life at risk just to make a point. It’s such a needless and tragic way for him to go. RIP.

To read about a man who tried to jump between two buildings to impress a girl but got stuck, click HERE.