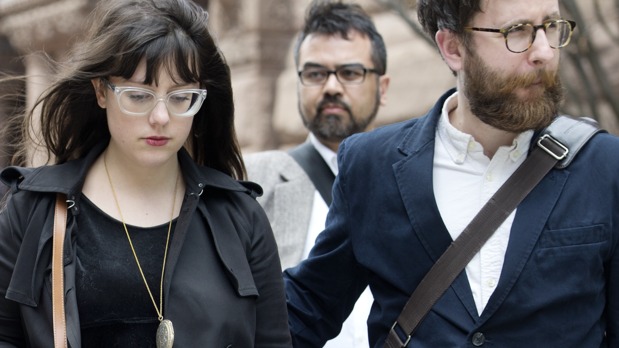 The world has official gone crazy.

A Canadian man is facing 6 months in prison for disagreeing with feminists on Twitter, in a case that could have a huge impact on the future of free speech.

54 year old Greg Elliott is looking at criminal harassment charges simply because he opposed a campaign by activists Steph Guthrie and Heather Reilly which was shaming a young guy he knew who created an online video game which allowed players to simulate punching feminist blogger Anita Sarkeesian in the face.

Greg felt that the two women’s campaign to shame the guy was “every bit as vicious as the face-punch game” and could cause the dude serious problems in his future, so he urged the ladies to call it all off over Twitter.

Instead, the two girls claimed his refusal to endorse their campaign was “criminal harassment” and under Canada’s dumb anti-harassment laws, he was arrested and fired from his job as a graphic designer.

Keep in mind Greg Elliott knew the women from before and was on good terms with them, as he’d previously designed a free poster for their feminist group in another (non-hateful) campaign they were running. I guess all that was forgotten about once he dared to disagree with them over social media though.

If Greg is convicted, it means anyone who disagrees or offends anyone in Canada is “criminally harassing” them and could be sent to prison, which is obviously ridiculous.

The craziest thing is that it was clearly Greg himself who was the one getting harassed by Guthrie and Reilly, as they apparently sent him a bunch of hateful Tweets in response to his objections. One of their supporters even pretended to be a 13 year old girl to try and make out that Greg was a paedophile. All this is coming out during the court case though, so hopefully the jury or whoever’s making the decisions will use their brains on this one and let him go free.

Oh, and here’s one of the women in question saying cyberbullying shouldn’t be a criminal offence. Hypocrite central:

No wonder so many women are reluctant to class themselves as feminists when you’ve got dickheads like these two making the rest of them look bad.