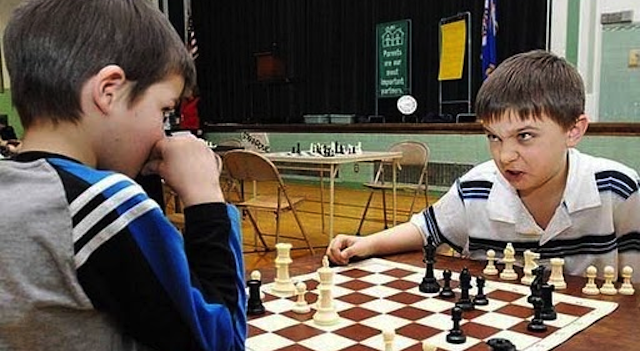 I guess if you’re going to play a chess match with someone for a year and you think they cheat to win at the end then you might react like this. Possibly.

Over in Dublin on Sunday a guy called Saverio Bellante was arrested after he confessed to killing his landlord and then eating his heart due to an argument over a year long chess game. Now, I know that chess can be very serious and go on for a while, but how the hell did the game manage to go on for a year? I’m not sure whether that or Bellante’s reaction to (I assume) losing is more bizarre here.

I mean maybe if the landlord only came round every now and again to pick up the rent and make a move it could make sense, but as it was the two lived together. Following the conclusion of the game, Bellante stabbed Tom O’Gorman – a policy researcher for a Catholic think tank in Ireland about a dozen times. He also smashed him over the head repeatedly with a dumbbell, just to make sure he got the job done.

After this Saverio was still in berserker mode so sliced open O’Gorman’s stomach and claims that cut out his heart and ate it. However, in another macabre twist, it turned out that O’Gorman’s heart was still in his chest but his lung was missing, and that Bellante may have eaten this instead. What a noob – I mean if you’re going to claim you’ve eaten someone’s heart you might as well at least get it right and not make the mistake of eating a lung instead. That just looks amateur.

Despite turning himself in and confessing to the crime, Bellante hasn’t entered a plea for his forthcoming trial, even though it seems fairly obvious that he will be found guilty of the crime. In case this was in any doubt, he’s also decided to represent himself and declined any state funded attorneys. Sounds like he thinks he has an ace up his sleeve, but in reality he’s going down. We might get some weird incoherent ramblings at the trial though.