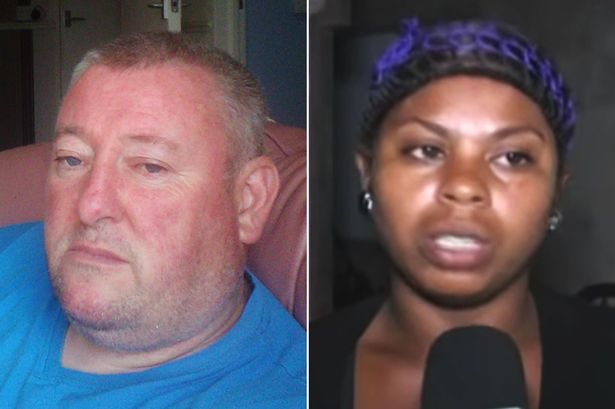 A new twist on the classic story.

The story of the lonely, kinda rich guy who finds love by talking to someone on the internet millions of miles away in a pretty poor country and then flies them over to be a part of their life in their home country is becoming one that’s almost as old as time these days.

The story of Glyn Thomas Bailey completely flips this traditional story on its head though and it’s an internet romance that I’ve never really heard the likes of before. Bailey was talking to struggling mum-of-four Wilfa Soto Peguero from the Dominican Republic online via a Google translate app for six months, before finally taking the plunge and going to meet her after he said that he would help her look after her kids.

Unfortunately, it didn’t really work out like that when he got there. It turns out that he didn’t have any money upon his arrival or a return ticket, and Wilfa was pretty shocked and couldn’t offer him anywhere to stay as she didn’t even have a house or any money herself.

She recorded a video begging anyone in the country to help her by taking him off her hands and this went viral over there, which even led to Bailey appearing in a rap video about it which you can see below.  He’s just standing there looking completely bewildered as people rap in a different language about him – you couldn’t really make this stuff up, could you?

Awkward. Here’s what Wilfa had to say about the whole situation:

I asked him to send me money so I could go and fetch him from the airport and he never sent me anything.

But as he was coming to meet me I couldn’t just abandon him like he was a nobody so I decided to borrow money to go to the airport.

Later when I checked his ticket I realised he’d come with the intention of staying here and I can’t look after him.

I have explained it to him a thousand ways. If I had my own house I’d let him stay but I don’t.

I’m making this video for many young people, for many women, so that they learn from what happened to me and don’t try to find love online.

That was a mistake I made and won’t make again.

I’ve got my heart and I’m not going to refuse him food when he’s not giving me any money but I can’t look after him.

I wasn’t looking for a man for money. We simply got to know each chatting over the Internet.

Yeah I’m not really sure about that there, are you? Not really sure what Glyn’s game is either considering 25 of his 70 Facebook friends are women from the Dominican Republic and he’s clearly not playing the rich benefactor card if he’s coming over to the country with absolutely no money? Seems like a completely mental decision to make, even if you are seemingly obsessed with hooking up with women from the Dominican Republic.

Curiously, he’s been pretty quiet on the matter so far but you think that he’ll probably pipe up on his return to these shores. The British embassy over there are apparently sorting him out with a ticket home somehow, so we’ll probably start to hear from him on Thursday or something. Can’t wait to hear his take on this.

For more of the same, check out this couple that were internet dating for 2 years but then ended up beating each other up after their first date. Sometimes it just doesn’t translate huh?