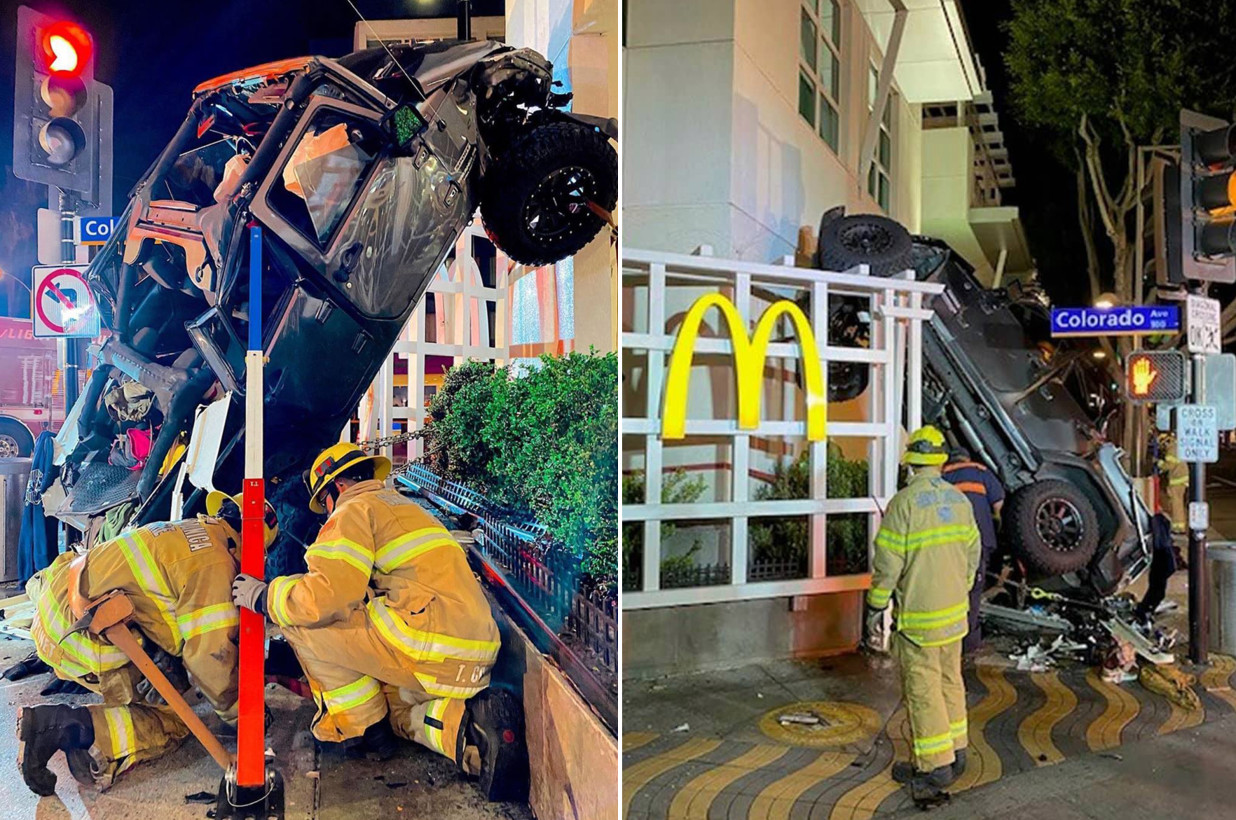 Now that’s a drive through.

A 20-year-old has been critically injured after driving his jeep off the top level of a six-storey car park in California and smashing right into a McDonald’s across the street.

The man’s SUV went flying off the Santa Monica parking garage at around midnight last Sunday and he was immediately rushed to hospital where his condition has since ‘stabilised’.

Amazingly, when an ambulance first showed up at the scene the man was ‘conscious’ and speaking with officers, despite probably having his body parts mangled in all kinds of directions.

According to the LA Times, there were two other passengers in the jeep who managed to jump out before it went flying off the roof, which is pretty badass to be fair.

Authorities have obtained a warrant for a sample of the driver’s blood, to test if drugs or alcohol were a factor in the crash. I’m guessing probably? I’m not sure how anyone is driving their car off the top of a multistorey car park without at least some drugs or alcohol in their system.

Or maybe he was literally just that hungry? Couldn’t be arsed to drive all the way to the ground floor and so just revved up and flew his jeep across the street. Just as well it was a big old jeep – probably saved the kid’s life. Get well soon, whoever you are!

Speaking of Maccy D’s, Ronald McDonald has announced that they are installing new technology that will prevent the ice cream machines from breaking down. Looks like 2020 is finally picking up.