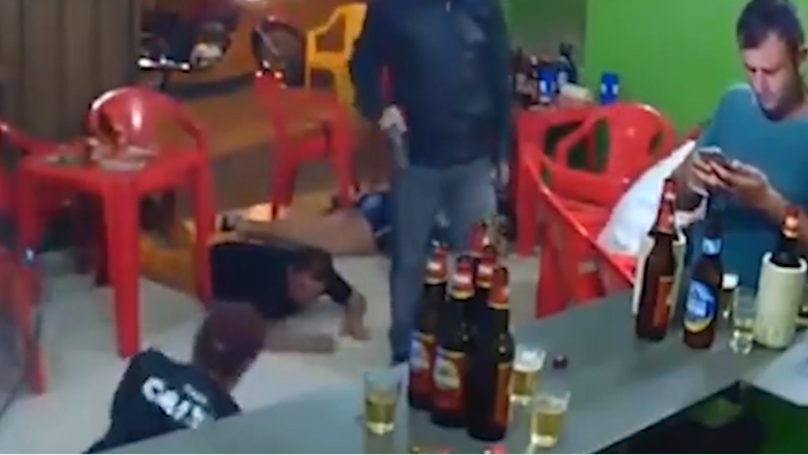 Every day we hear about how we spend too much of our lives staring at our phones and how we should take a step back from them and actually enjoy everything that’s going on and it’s stories like this one that show how it’s impossible for some of us to disconnect from them.

The footage below is taken from a bar in Nova Serrana in the Brazilian state of Minas Gerais. It shows Jose Carlos de Almeida who is so engrossed with his group chat/Instagram feed/Tinder/etc that he literally doesn’t notice that the bar he’s in in subjected to an armed robbery by a guy with a gun.

Here’s what he had to say about the fact he somehow managed to miss this scene as well:

I really didn’t see anything. The music was loud, and I didn’t realise the bar was being robbed. It’s a good thing I didn’t see because I don’t know how I would’ve reacted.

It’s also good that the thief didn’t steal my phone, it cost me 700 BRL (£147) or my motorbike which was just outside.

Yeah that is pretty good news for you isn’t it pal? Maybe a little too convenient hey?

A few people thought that Jose might be in on it given he literally couldn’t give a rat’s ass the place was being robbed, but he’s strenuously denied this and it seems like the police aren’t investigating him either. Guess he really was so engrossed in his game of Angry Birds that he just didn’t notice. Kinda a scary thought when you think about it.

For more of the same, check out this girl who lost feeling her hands because she used her phone so much. Get off your phone!