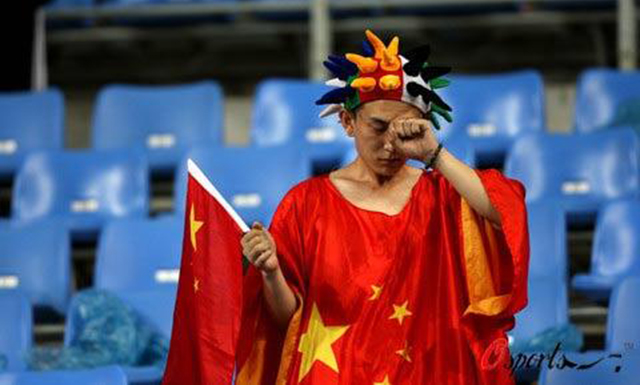 Thought you were a hardcore football fan? Think again.

Doctors in China say a 25-year-old football fan who stayed up on successive nights to watch the World Cup died due to sleep deprivation after he was found in front of his TV hours after the Netherlands/Spain game, which finished at 5am Chinese time.

The time difference between Suzhou and Brazil is 11 hours, so the footie fans out there get their body clocks properly fucked with if they’re to catch all the games. The doctors say the death was related to an excessive lack of sleep but they weren’t sure if it was down to pure exhaustion or a heart attack.

â˜› Check This Out Next: The Russian Sleep Experiment

So yeah, if you thought you were a diehard football fan, think again. This guy literally died for football. Actually pushed himself beyond the limit just so he wouldn’t miss a minute of the World Cup. Probably didn’t even power nap during half time or anything.

It is a bit of a shocker that he died on day two though – maybe not that hardcore after all? Surely his sleep cycle was a bit screwed up before the World Cup even got under way?