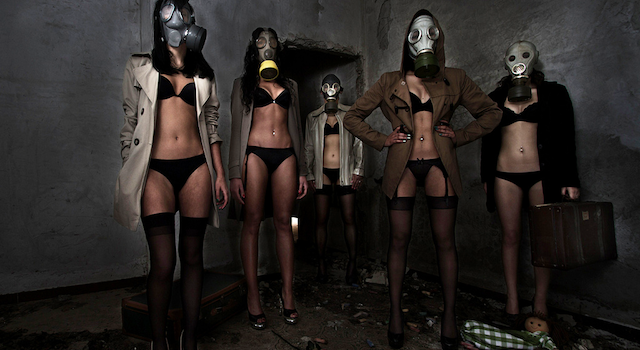 The Russians forced a stimulant gas upon prisoners to find out what would happen if they were kept awake for 30 days. Here’s the gruesome account of the first 15 days of torture.

We’ve all had shit night’s sleep from time to time, we’ve all pulled all nighters as a kid and maybe even now we’re older on some stimulant or other. You hear of  people trying to stay up for record numbers of days, we’ve never had the balls to try it. Well imagine this. You are a political prisoner in the late 1940’s deemed as an enemy of the Soviet state during The Second World War. You are told that you are going to be placed in confinement along with four other prisoners, and the room be filled with a stimulant gas that will keep you awake. They tell you that if you complete 30 days awake and stay alive, they will set you free. You are keen to attempt this as freedom is something you can only dream of.

Below is a full account of the first 15 days. We don’t know if this account is true or just something a sleep deprived bud head has written up. Either way it’s a good read and very gruesome. Enjoy.

Everything was running smoothly with the sleep experiment; the subjects hardly complained having been promised (falsely) that they would be freed if they submitted to the test and did not sleep for experimented days. Their interactions and routines were monitored and it was noted that they continued to discuss increasingly traumatic incidents they’ve experienced in their past, and the overall tone in their conversations took on a darker aspect following the 4 day mark.

After five days they started to protest concerning their circumstances and events contributing to where they were being held and all commenced to show signs of intense paranoia. They ceased conversing withone another and began instead to whispering to the the microphones and their one way mirrored portholes. Oddly all of them appeared to think they could win the trust of the experimenters by snitching over , the other subjects in captivity with them. At first the researchers suspected that this was indeed as result of the experimental gas itself…

The first of them started off screaming. He ran along the chamber consistently screaming at the top of his lungs for Three hours without pause, he continued attempting to scream but was only capable of producing infrequent squeaks. The researchers postulated that he had physically tattered his vocal cords. Probably the most surprising thing about this behavior is how the other captives reacted to it… or rather didn’t react to it whatsoever. They carried on whispering to the microphones up until thesecond of the captives started to screaming. The 2 non-screaming captives took the books apart, smeared page after page with their own feces and pasted them calmly over the glass portholes. The screaming promptly ceased. So did the whispering to the microphones. The Porthole windows have became un-viewable.

The researchers checked the microphones hourly to make certain they were working, since they thought it was not possible that no sound could be coming with 5 people on the inside. The oxygen intake in the holding chamber indicated that all 5 must still be alive. The fact is, it had been the volume of oxygen 5 people would consume at a very heavy amount of strenuous exercise. On the early morning of the 14th day the study did something they said to the prisoners that they would not do. In order to obtain some sort of reaction from the captives, they used the intercom inside the chamber, aiming to trigger any kind reply from the captives that they were afraid were either dead or vegetables. They declared: “We are opening up the chamber to test the microphones step away from the door and lie flat on the ground or else you will be shot. Consent will earn one of you your immediate freedom.” To their surprise they heard but a single phrase in a very quiet voice response: “We no longer want to be freed.”Debate broke out among the research workers and the military forces funding the study. Not able to provoke any more replies via intercom The Researchers had finally decided to open the chamber at midnight on the fifteenth day.

The chamber was purged from the Nikolayev gas and filled with fresh air and instantly voices from the microphones had begun to object. 3 different voices began pleading, as though they were begging for the life of loved ones to turn the gas back on. The chamber was opened and soviet soldiers sent in to retrieve the test subjects. They started screaming louder than ever before, and thus did the soldiers when they had the chance to see what was on the inside.

â˜› Check This Out Next: Is This The Craziest Vine Ever Filmed?