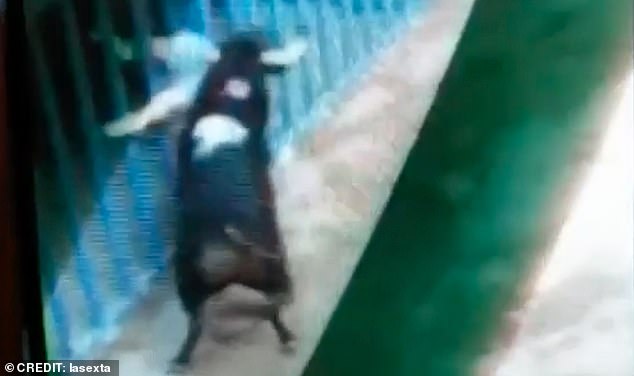 It seems like prettymuche very year i have to write an article about someone getting the complete and utter shit kicked out of them and sometimes even dying was a result of taking part in the running of the bulls over in Spain and this year is no exception.

A 52 year old man known only as AEL was said to be almost decapitated by a bull as he took part in a bull running festival in l’Alcora, a municipality in Castellón, a province on the Mediterranean coast south of Barcelona. He was taken to hospital for immediate surgery, but the extent of his injuries meant that he didn’t make it.

You can watch footage of the bull tearing him apart below, but obviously it’s fairly distressing because his injuries were enough to end his life so bear that in mind before you click play:

Jesus that’s a bit nasty isn’t it? Still find it kinda crazy that people actually think it’s a good idea to go and try and run with the bulls when stuff like this seems to happen every year, but I guess they’re just getting a rush that I will never experience. More fool them.

For more of the same, check out some American guy getting gored in the leg at another of these things. Dangerous.