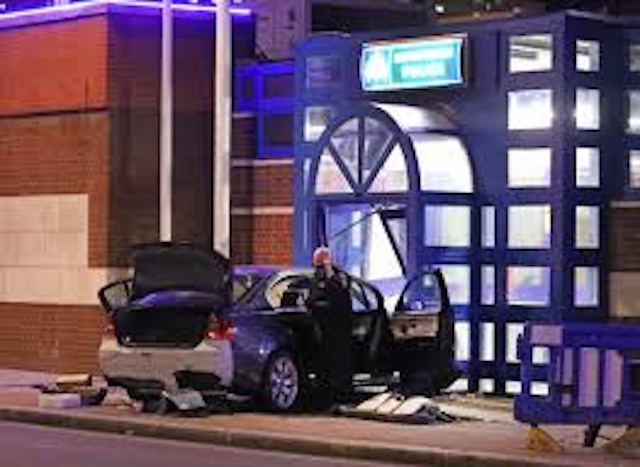 He also tried to set the street on fire.

We haven’t heard THAT many stories about people breaching lockdown and being fined this time around, but it seems like this guy is eager to take all the credit by going absolutely bonkers after he was hit with a £10,000 bill for an unknown breach.

The 45 year old man allegedly snapped upon learning about the fine and drove his car into the front of Edmonton Police Station in Enfield last night. He then exited the vehicle and tried to set the whole street on fire by pouring an unknown liquid onto the road and setting it alight, before he was rugby tackled and restrained by police officers. Talk about losing the plot hey?

A video was posted online of the man setting the street on fire:

So.. someone crashed their car into Edmonton Green police station & then tried to burn the car down.

Brother in law recorded this pic.twitter.com/DB2gw1DKaW

That isn’t the best filmed video but goddamned if that isn’t some crazy shit? Looks like the beginning of a full scale riot or something – I don’t think I’ve ever heard of anyone crashing a car into a police station and then trying to set the street on fire, except maybe in a movie? Really wild, but thankfully the police were there to shut it down before anyone was hurt.

The authorities are satisfied that the incident wasn’t terror related and are now investigating whether or not the COVID fine had anything to do with it, but it seems kinda obvious that this will be the case. What else could have possibly prompted that reaction? Even that seems a bit excessive.

I get that receiving a £10,000 for something trivial would be annoying, but I don’t think I would end up doing this. Probably either curl up in a ball crying in my room or head to the park and drink a bottle of vodka or something. Each to their own though.