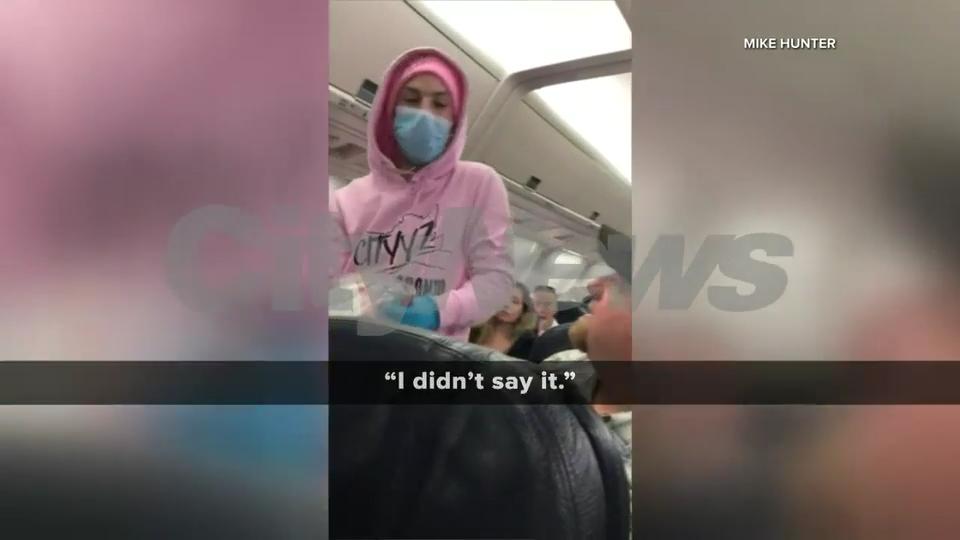 Some joker/moron on a flight from Toronto to Jamaica has been charged with mischief after he stood up halfway through the flight and announced to everyone that he had the coronavirus, resulting in the plane turning around and flying back to Canada.

According to CBC, the WestJet flight was just 2 hours into its journey from Toronto to Montego Bay, Jamaica, when it was unexpectedly cut short even though the man denied saying it then insisted he was joking.

The plonker had gotten up off his seat, demanded everyone’s attention, and then announced he’d recently been in China and had contracted the disease. Due to infectious disease protocols, the pilot had no choice but to turn the plane around and head back to Toronto.

That announcement was shared by the flight crew to the captain and a decision was made for the plane to return back to Pearson [International Airport].

I guess this guy thought it was a funny joke but it’s just really weird. We were all very frustrated, to just displace 240 people … it’s just so selfish. We’ve lost a day of our vacation.

Well yeah I would be completely pissed if I was Julie or any of the other 240 passengers as well – especially when I’m just a couple hours from Jamaican paradise and realise the plane is taking me back to freezing cold Canada. What an absolute nightmare and all because of this one prick going out of his way to be a dick. Not to mention they probably all shat themselves at the thought that this guy really did have the coronavirus.

The 29-year-old man was arrested in Toronto as soon as he got off the plane, but honestly I don’t think a fine or prison sentence is enough for this guy. Why not just airdrop him with a parachute into Wuhan or just inject him with the coronavirus for real? See how funny he finds it then.

For the 1993 Simpsons episode which people say predicted the coronavirus, click HERE.