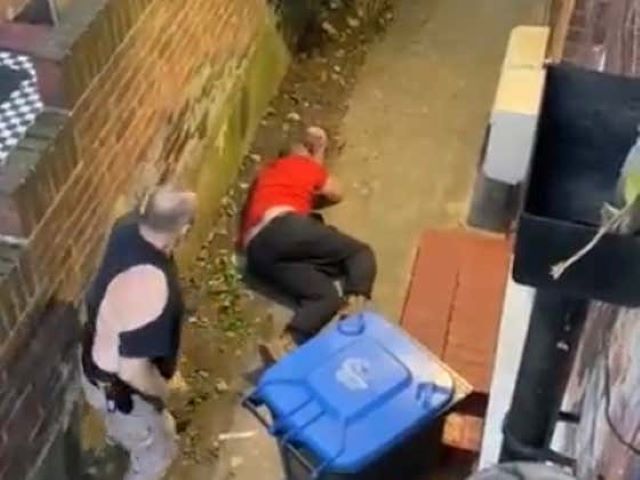 Don’t mess with the wrong neighbour.

There’s nothing more humbling than instigating a fight with someone and having your ass absolutely handed to you in return, as this man down in Neasden, north-west London discovered this week.

Unless my ears deceive me, the beef is over the neighbour shitting on a fence? Either way, it’s a quality showdown for the ages in two parts:

Outstanding. The guy in red really thought he could rock up to his neighbour’s house and intimidate him into submission, and the crazy thing is it might’ve worked if he didn’t also throw the first slap. The guy in black did not want to fight! He was ready to head back inside to his wife and puppy. But nope, dude in red just had to make things physical and ended up getting completely obliterated for his troubles. Gonna be tough to make eye contact with the neighbour ever again after that beating.

Shout out to man in black’s wife too for her truly excellent camerawork. She also deserves a round of applause for not going into complete meltdown and screaming her head off like so many observers do during these internet fight videos. Thoughts & prayers with dude in red and lets hope he wasn’t concussed too badly.

To watch a one-armed Poundland worker throw a shoplifter out of the store and then karate kick him into oblivion, click HERE. Gotta work with what you’ve got.