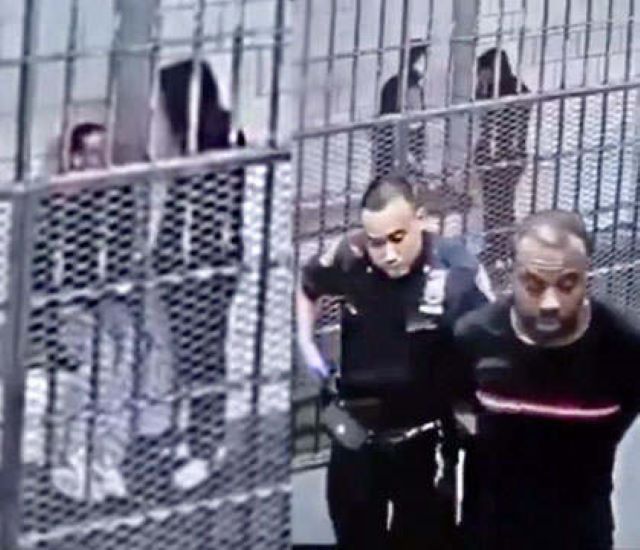 You don’t want to pick a fight in America’s most dangerous prison.

New York’s Rikers Island jail complex is one of the most notorious prisons in America, having become so synonymous with violence and neglect that lawmakers have voted to shut it down by 2026 and replace it with safer, smaller and more humane prisons.

Until then though, it’s not a place you want to end up in, let alone start any trouble in, as this prisoner found out when he challenged a fellow crook over stealing his seat in the holding cell:

Ouch! Sweet dreams indeed. How did he end up doing as he was told and still manage to get himself knocked out? Dude gave up his seat but still wanted to save face and ended up bodyslammed literally out of his shoes. The funniest part is that the rest of the bench is empty! Such an unnecessary situation in the first place but still managed to go from 0 – 100 in seconds.

What’s most telling about the state of this prison though is the crew of cops bursting out laughing when reviewing the footage. “Yooo look at his foot!”. Just another day at the office for them.

To meet the prisoner who has murdered 48 fellow inmates and will probably kill a lot more during the remainder of his 217-year prison sentence, click HERE. Better give up your seat if he asks you to.