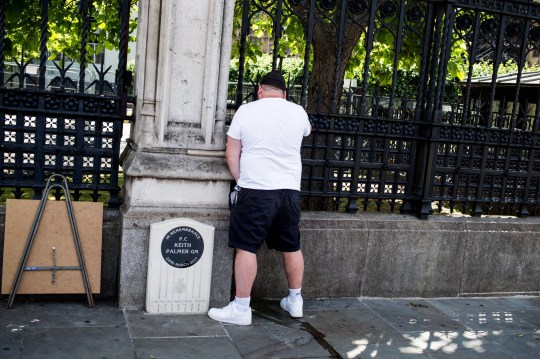 One of the most circulated images from the weekend was a guy who was pictured urinating next to the memorial to PC Keith Palmer as he took a break from defending statues during the protest and it turns out that now even the father of this guy is describing him as ‘a stupid plonker’.

The man has been identified as 28 year old Andrew Banks and he’ll be appearing in Westminster magistrates court today charged with urinating by a memorial. His father David had the following to say about his actions, speaking to The Sun: 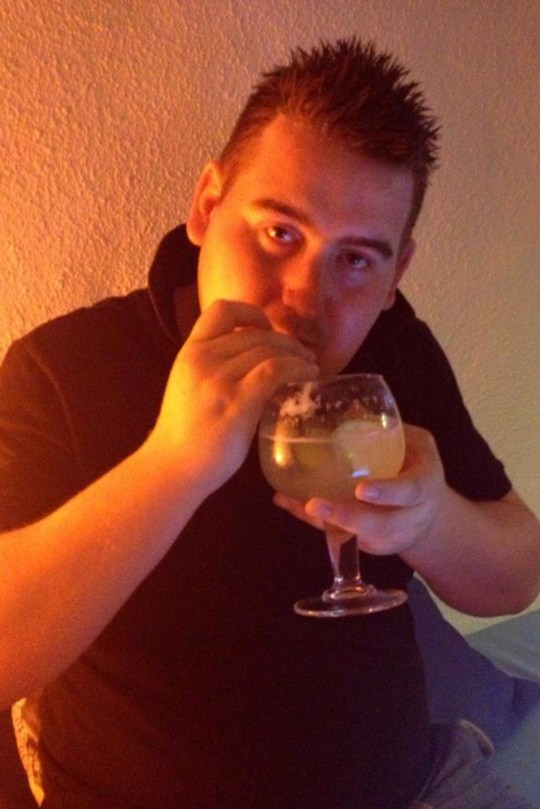 He was next to it, not on it. All the toilets were closed. It’s a silly thing to go and urinate on a public street. But he’s not the first person to have done that and I don’t suppose he’ll be the last.

In his defence he probably didn’t know where he was taking a piss, but it’s not acceptable behaviour.

He’s not a member of the EDL – I would kill him if he was – but the does like going to the football and drinking.

I mean I’ve actually got a bit of sympathy with this dude because I think it’s fairly clear that he didn’t mean to piss directly on the memorial – if that was his vibe he would have just pissed all over it – and he probably just got a bit unlucky with where he chose to relieve himself. Having said that though he should have a) gone somewhere more discreet that this location and b) had the wherewithal to actually notice that there was a monument right next to where he was pissing.

Sadly for him his actions have undermined his cause and that of the other people down there protecting the statues as you can’t really say you’re desperate to preserve history if you’re pissing on a monument, can you? Probably screwed his whole life too as he might need upright receiving a jail sentence today, and even if he doesn’t he’ll always be remembered as the guy who took a leak on a memorial. Never gonna be a good look.

For more of the same, check out this disgusting video of a woman pissing all over a train. Just hold it in.