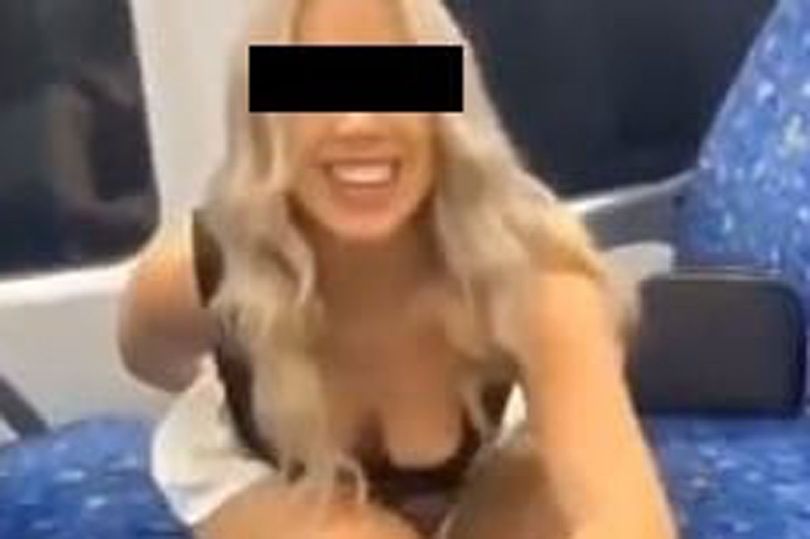 I think everyone – even women – will admit that there have been times when they just can’t hold it in any longer and they’ve had to let rip in a side street or the bushes or wherever they are, but even in these kinds of situations there are rules that you have to follow i.e. don’t piss on anyone’s doors or in the middle of someone’s house or shop or whatever.

Unfortunately, not everyone is as down with these unwritten laws as you might think judging by the video below. Taken in Sydney and shared to the popular Facebook group Auburn 2144, it shows a woman pissing all over the seats on a train there and then wiping her urine drenched hands all over the already soaking seat.

What a an absolute trash bag:

Yeah that’s just completely rank isn’t it? I’m not really sure what the deal is with Sydney trains, but even if the trains don’t have toilets you would expect the station to have one at least right, so it’s not even like the woman would have had to wait that long to empty out everywhere. Really unacceptable behaviour.

The police are apparently investigating the woman and trying to track her down, but I would like to think that most people out there would know that it’s simply not on to piss all over a train like this no matter how hard you’ve gotta go. Hopefully she gets a big fine that will act as a deterrent to anyone that might think differently though and to punish her for being a classless meff too. Well deserved.

For more pissing, check out this guy pissing all over a plane. Slightly more acceptable but not really.