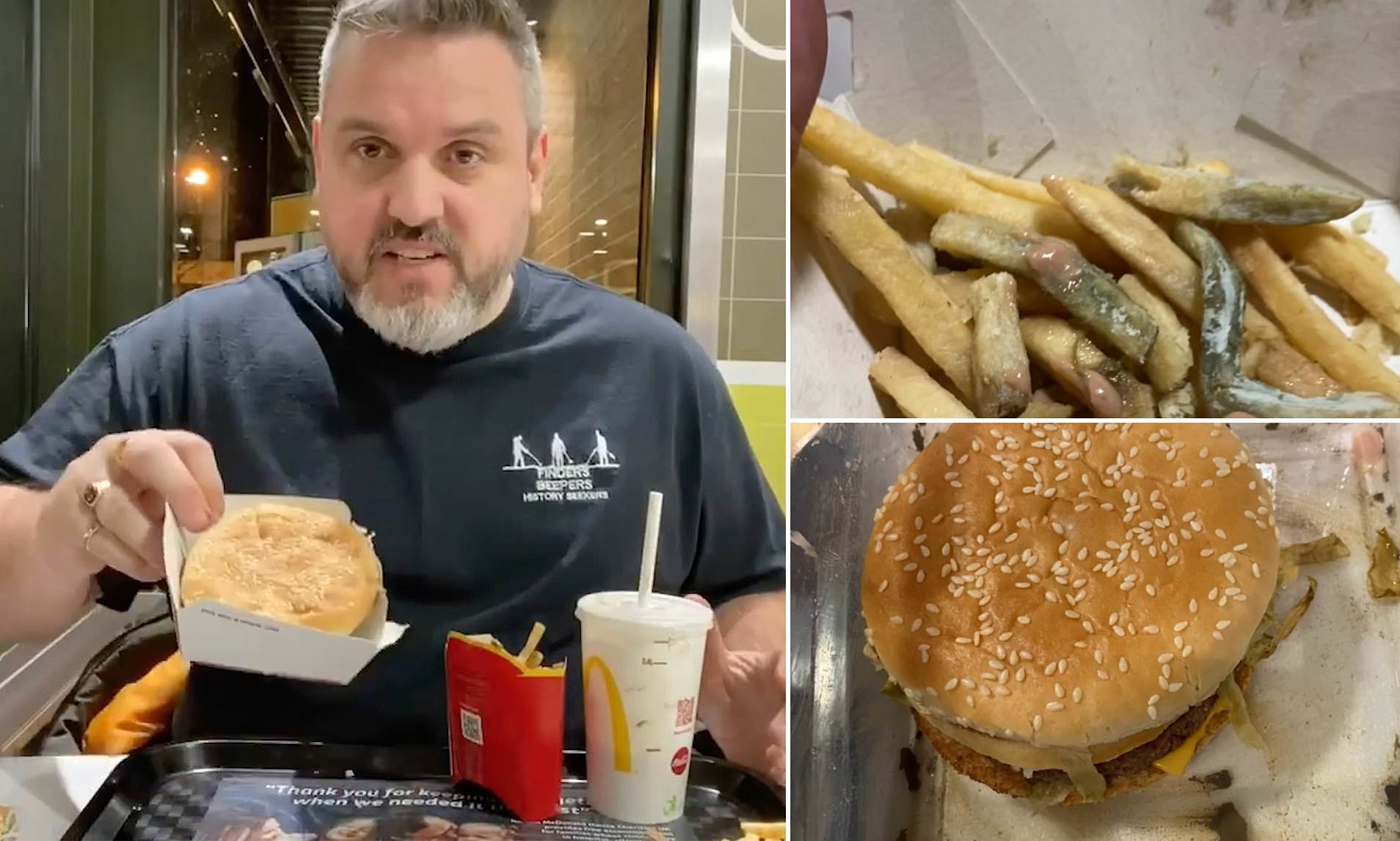 There’s a whole mythos around McDonald’s food and the fact that it doesn’t ever decay or rot despite the fact that it should and it looks like this one dude was determined to put that to the test.

40 year old Matt Nadin from Barnsley, South Yorkshire has always prided himself on being able to eaten gone off food – I suppose there isn’t much else going on in Barnsley, right? – and decided to celebrate his 40th by trying to complete what he coined ‘The 365 day McDonald’s challenge’. This consisted of him buying a Big Mac meal on his 39th birthday and then burying it in a tupperware box in his friend Andy Thompson’s garden before digging it up and attempting to eat it when he turns 40.

Or at least that was the plan – for some reason Andy got a bit delayed so by the time he dug it up it had spent 14 months down there. The chips had turned blue, the milkshake looked like dirt and the Big Mac was rock hard, but he was still going to attempt to eat it.

The chips were horrendous, there was just no moisture in them at all.

The burger actually wasn’t too bad. It was soggy underneath and the lettuce tasted gone off but the meat was just hard.

The milkshake had gone kind of fizzy and tasted weirdly like a fruit smoothie.

I have eaten some pretty weird things in my time and I remember seeing something where someone had preserved a McDonalds meal for years so I decided to take it a step further and eat it.

I’ve done weird food challenges since college just messing about showing off so I suppose that’s where it all started.

I have never been sick though. For some reason my stomach just seems to handle it.

I mean fair play to the guy I guess – loads of people have been checking out his video so I guess people do bizarrely want to see this kind of content.

It’s what I’ve always been saying about McDonald’s food in regards to the burger though – it just does not get old whatsoever. If you don’t believe me, check out what a 6 year old McDonald’s burgers and fries looks like. Seriously freaky.