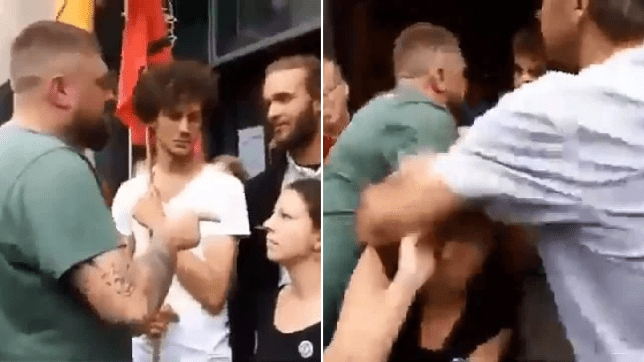 Don’t stand between this man and his burger.

If you were in the mood for a burger, it would be pretty annoying if there were a bunch of climate change protesters blocking the entrance and preventing you from getting to your burger.

That’s the situation a man in Denmark found himself in as he faced off against Extinction Rebellion protesters blocking the entrance to a burger chain.

He tells them that he will ‘run through’ unless they ‘fucking move’, and that’s pretty much what he does:

climate change protest wimps ! try to stop a real man from getting his beefburger pic.twitter.com/1ST1NV4wVf

I’m not sure what else he says there but he did definitely say ‘fuckin hippies’ at one point which is hilarious. Looks to me like all the climate change protesters shat themselves, but that guy was pretty big and extremely angry with them so it’s fair enough really. Definitely treated himself to a couple of burgers after that.

Have to wonder whether the Danish climate change protesters were caught eating McDonald’s later that day, like Extinction Rebellion protesters in London.