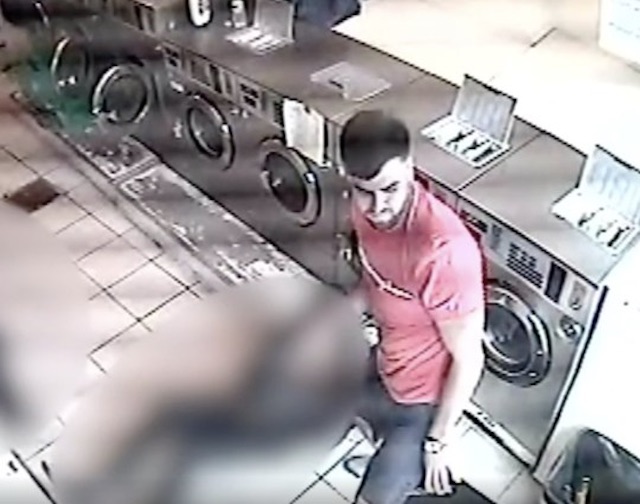 A lot of things have changed this year thanks to COVID-19, but I still don’t think it’s acceptable to break somebody’s ribs and then claim that it was a joke however bad or messed up a year you’re having.

This is however what one man is claiming after he was filmed brutally beating up a pensioner in a laundrette, leaving the poor old man with four broken ribs. The bizarre attack took place at around 11:30 am at the laundrette in Brent on June 6th, where the man suddenly entered and smashed the 78 year old  into one of the washing machines.

He then left his victim crumpled up on the ground before returned to find him still lying there, before apologising and then giving him a £20 note to pay for his laundry. Very strange behaviour I’m sure you’ll agree.

The man still hasn’t been identified and the police have now released the footage in the hopes that someone will be able to tell them who he is, so they can bring him in for questioning and he can hopefully be punished for his actions and take a comedy class or something so he realises that this kind of shit isn’t funny. Detective Constable Helen Moriarty said the following:

I ask people to look at the CCTV footage and see if they recognise this man, then do the right thing and contact police.

I believe someone out there will recognise the suspect and be able to tell us who he is. This was a frightening and cowardly attack on an innocent victim and it is imperative we find the person responsible.

The victim and his family were left terrified following the callous actions of a man who preyed on vulnerable, elderly people.

We are doing everything we can to find him are determined to get justice for the victim and to make sure those responsible face the consequences of their actions.

Well yeah quite. I don’t really get how anyone can just run into somewhere – let alone a laundrette – and attack a really old man and leave him with broken ribs and then have the audacity to claim that it was a joke, so hopefully someone can identify this asshole and he can face the consequences of his actions.

Feel really sorry for that old guy who was just trying to wash his clothes and ended up getting four of his ribs broken. What the hell is wrong with some people?

For more of the same, check out when this Brazilian person bough a load of laundry detergent but ended up with grade A Bolivian cocaine instead. Whoops.