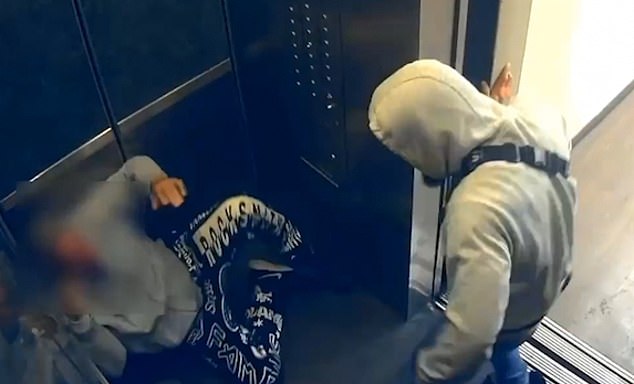 A 67-year-old man was in the wrong place at the wrong time last Friday as this scumbag brutally assaulted him in a completely random attack in an elevator in the Bronx, New York.

Raymond Diaz says he left his apartment building on Friday night to get cigarettes. When he returned, his attacker was holding the elevator door for him.

I saw someone holding the door, but I didn’t think nothing of it. And I just walked into the elevator.

The suspect asked him what floor he was going to, pushed the button, and then this happened:

He hit me in the face so many times. You know, I have a messed up arm. I couldn’t fight back.

He also told ABC the attacker searched his pockets, even though you can’t really see that in the video but I guess we’ll take his word for it. The best part is how the criminal wipes down the crime scene with his sleeve and completely forgets he gave his fingerprints to the elevator buttons. Hopefully that leads to a quick arrest but either way, police are appealing to the public to reach out if they recognise the man, who the victim says he’s seen around the neighbourhood anyway.

To watch a paranoid schizophrenic run around Toronto stabbing random people, click HERE. Do not watch if it’s going to upset you too much.