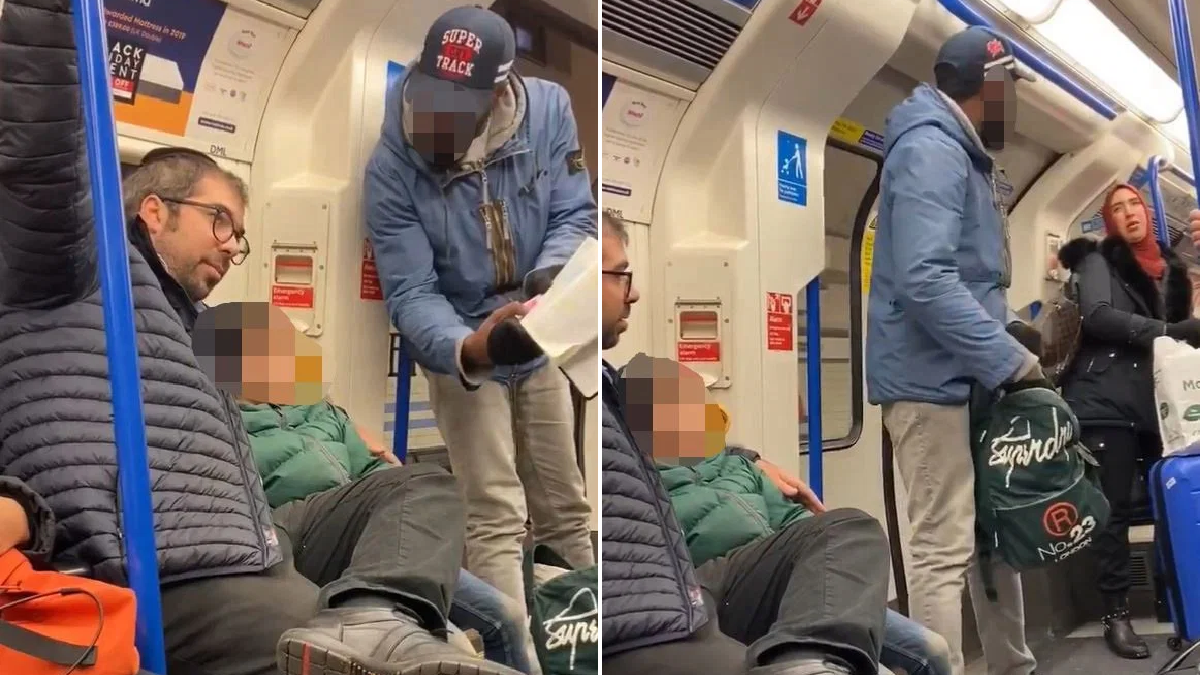 He won’t be doing that again.

You may have seen this clip going viral on the weekend after a passenger on the Northern Line let rip on a Jewish couple and their three young children with anti-semitic abuse, reading out Bible passages to them and blaming Jews for enslaving blacks and the 9/11 terror attacks, amongst other things.

Here’s the clip if you missed it:

Around noon I witnessed appalling anti Semitic abuse towards this Jewish Family on the northern line. Fair play to other passengers who stood up to him. If you recognise the guy please report to ⁦@metpoliceuk⁩ pic.twitter.com/YxzwAnDqTJ

The good news is that the unnamed man has been tracked down in Birmingham and arrested and will hopefully be made to see why his behaviour isn’t acceptable in any progressive society.

Big respect to the Muslim lady, mum-of-two Asma Shuweikh, for stepping in as well. She told the Metro:

I would have loved more people to come up and say something because if everyone did, I do not think it would have escalated in the way that it did.

Chris Atkins, the commuter who filmed the video, added:

The Muslim woman didn’t take any s**t from him and really, really took him to task, very firmly and persistently.

In this day and age we are told how intolerant everyone is and all religions hate each other and there you had a Muslim woman sticking up for some Jewish children.

Chris says he later swapped seats with the young Jewish boy who was being racially abused, so its not like all he did was sit there and film it (props for doing that too though).

For more tales from the London Underground, here’s a rundown we put together of the Top 5 Most Annoying People you’ll ever come across on public transport.