He was high on bath salts, duh.

When you snort bath salts, you generally end up doing some crazyass stuff, but this guy’s story might be the dumbest one we’ve ever featured. Although it definitely does have some competition as well.

The dude is called Jeff Waters and he’s obviously from Florida because that’s where this stuff always goes down. He got high on bath salts and decided that it was his dream to build an underwater Italian restaurant that would seat 30 million people at once. In order to do this, he decided that he would need $368 billion. He was told by a homeless man named Tito that if he filled out the cheque then the bank would be legally obliged to give him whatever amount he had written on it. He paid Tito $100 for the blank cheque. What an absolute moron.

Waters explains what went down in his own words and the mentality behind his actions:

It’s always been my dream to own the best Italian restaurant in the earth. I’m 10% Italian. Cooking authentic Italian food is in my blood.

I had planned to make the restaurant 80 million sq. feet and able to accommodated (sic) 30 million eaters at once, plus it was gonna be totally underwater so people could look at sharks while they ate.

But the bank wouldn’t give me my money they owed me. Tito said the check was good for any amount I wanted to write it for. So blame Tito, not me. I’m as innocent as a schoolgirl. 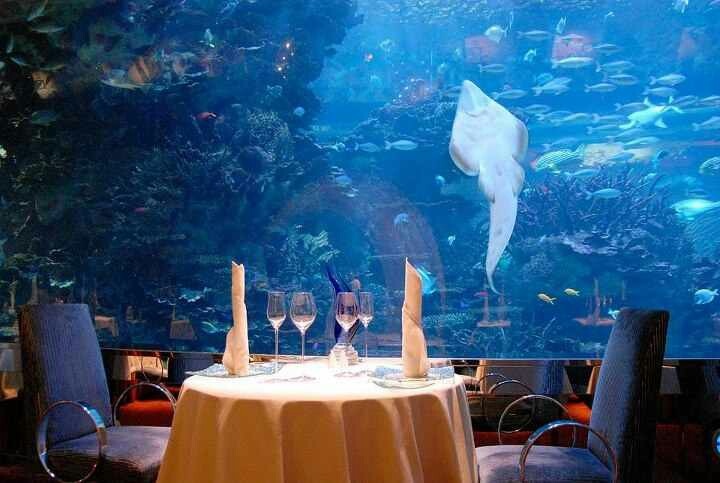 Right – we’ll blame the homeless man who sold you a magic blank cheque. Sounds about right. Cops arrested Waters for forgery but also because he was carrying bath salts and ninja stars on his person when he attempted to cash the cheque, which are obviously essential items to carry with you when you’re going to the bank.

What an absolute whack job, although I do have to admit that it’s a shame we’ll never get to experience dining at his restaurant. It does sound like a really solid idea – I’m surprised investors aren’t biting his hands off with offers to be honest.