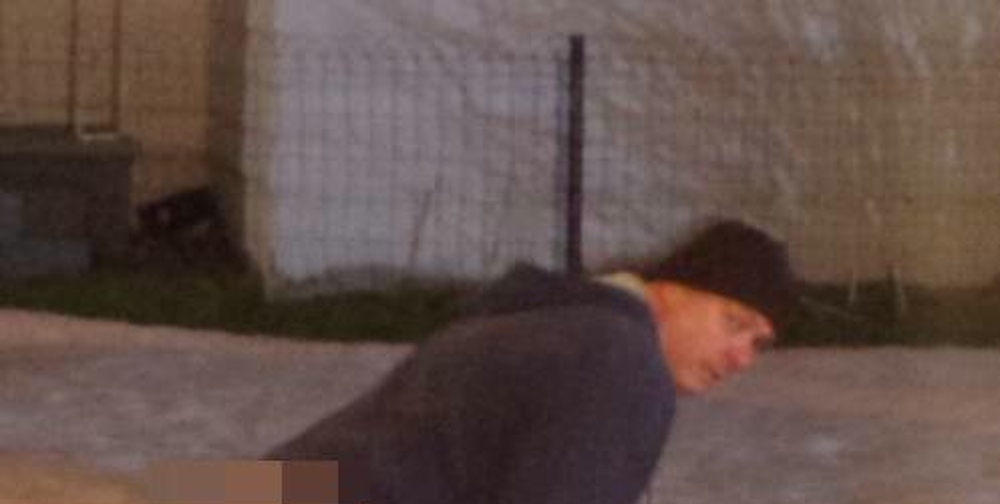 His crime wave has lasted two years and affected 19 cars.

The man pictured above has been terrorising the town of Akron, Ohio for two years now by pulling his pants down and leaving turds on the bonnets of cars for no apparent reason.

This is the first picture that police have got of the man after it was snapped by a victim on Wednesday. They’ve released it in the hopes that someone might recognise him and they might be able to bring him in.

The victim, who wished to remain anonymous in case his family or friends were targeted by the serial crapper, had this to say about it:

We got a sicko on our hands and I was determined at that point to catch him.’

Then we found out that this happened to a lot of our neighbours. This guy needs help. Big time. We have to put a stop to it.

All in all, the man has claimed 19 victims in his two year reign of poop terror. The police have suggested he might have mental problems, but until we get a hold of this guy there’s not really any telling what his motivations are. Or how he manages to wipe his butt after he’s finished crappy on the car’s bonnet.

Flick onto the next page of the slideshow for the slightly NSFW picture of the culprit in action.