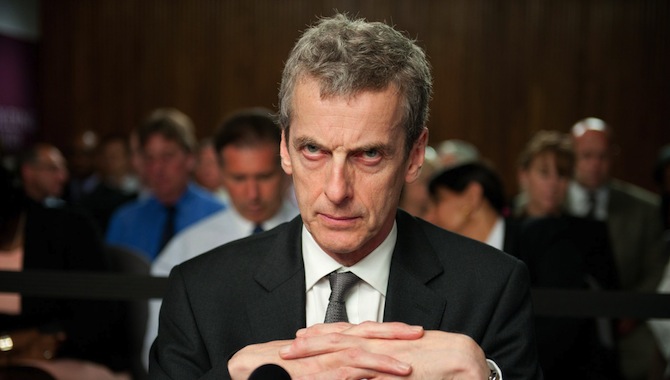 Peter Capaldi, who played Malcolm Tucker in The Thick of It, is the new Doctor Who and someone has made a YouTube video showing Malcolm Tucker as the Doctor

I’m going to put my money on the table straight away here: I’m not a Doctor Who fanatic, or Whovian, or Mentalcake, or whatever it is they call themselves.

I used to watch it with my brother (who is all of the above) and it was decent. I just don’t have the patience or the spare time to watch a TV series with no end in sight. Keeping up with Lost nearly killed me and that only went on for six years or so. Doctor Who is reaching its 50th anniversary soon.

Some of you may have heard that Peter Capaldi has been cast as the new Doctor. Now, if you are not one of the aforementioned Mentalcakes then why should you care?

Well, Peter Capaldi is the genius who played Malcolm Tucker in The Thick Of It, and if you have no idea why this is significant – please watch this.

He is one of the best characters of recent TV history. The Thick Of It writing team actually has a separate writer whose job it is to write Malcolm Tucker’s expletive rants. Whoever that person is, I salute you. You have the best writing job in the world.

It took YouTube about 18  hours to come up with Malcolm Tucker as Doctor Who video, and it is just amazing.

I really hope that Peter Capaldi plays the Doctor as a foul mouthed, deranged Scot. I would become the biggest Whovian mentalist out there and never miss an episode if he did.

Look at this video to see how awesome it would be.