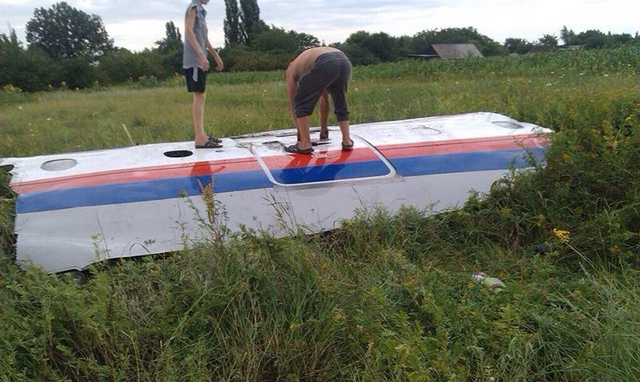 A Malaysian passenger plane carrying 295 people has crashed, killing everyone on board, after being shot down by pro-Russian separatists.

A Malaysian passenger plane carrying 295 people has crashed, killing everyone on board, after reportedly being shot down by ‘terrorists’ in eastern Ukraine near the Russian border, according to the advisor to Ukraine’s Interior Ministry.

The plane, a Boeing 777 with flight number MH17, was flying from Amsterdam to Kuala Lumpur and entered Russian airspace as normal when it was expected to.

It had been said though that the slightest deviation from the standard route could cause panic on the ground below, and the fear is that the plane was shot down over territory controlled by pro-Russian separatists who thought the plane was Ukrainian army.

Officials said they lost contact with the flight before it was found burning on the ground. A defence expert said that shooting it down at 10,000m (9.7 miles) would have required a long-range surface-to-air missile. They’re going to use satellite images to determine whether that was the case.

Apparently a number of Ukrainian military planes have been shot down by missiles in recent weeks, and the idea that this passenger plane has been caught in the crossfire is horrific.

A bit of an understatement to say that this isn’t the greatest of years for Malaysian airlines.