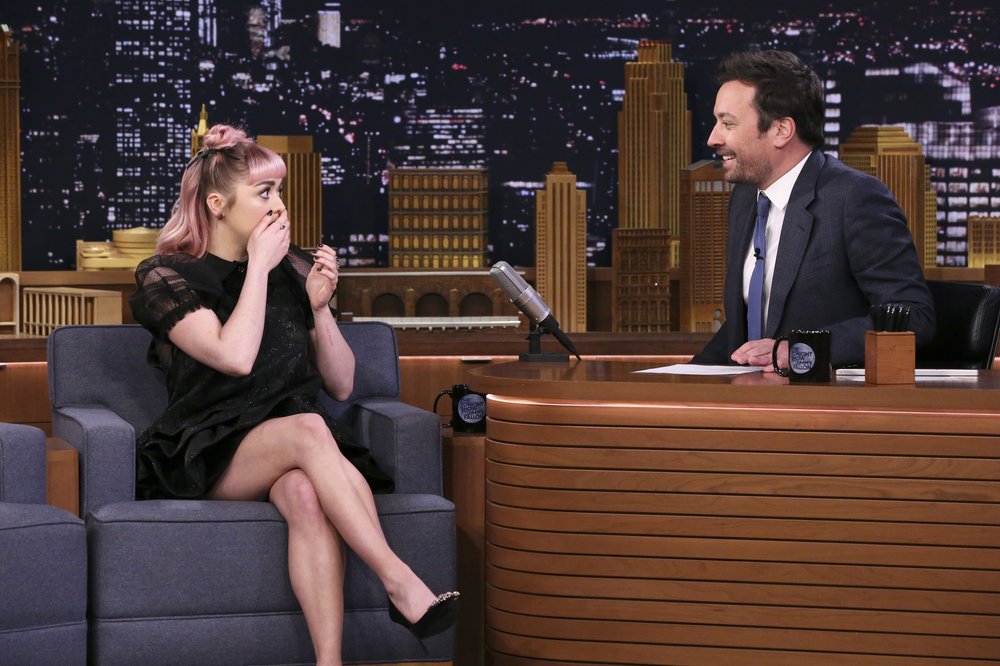 She’s gonna be in deep trouble.

It’s been almost two years since we last saw anything going down in Westeros, but now with only two weeks to go until the final season of Game Of Thrones we can finally start getting excited about who might finally end up sitting on the Iron Throne.

However, whenever a new show starts back up again, you’ve gotta be careful that you don’t cop any spoilers before you watch it because you know that’s just gonna ruin the whole experience. Unfortunately, they’re usually everywhere and it’s pretty hard to avoid them unless you delete all social media before you watch the episode.

It’s even worse when the so called stars of the show let them slip on live television – surely they’re not supposed to do that? Maisie Williams – who plays Arya Stark – was appearing on The Tonight Show last night and dropped one of the biggest clangers in history during her segment. Don’t watch this unless you want the show seriously spoiled:

OK, so that was obviously bullshit and it was just an April Fool, but I gotta ask you this – surely The Tonight Show as aired after noon, so technically it’s not an April Fool because those are the rules? Even if there’s different rules in America, it still doesn’t count because Maisie is English. I reckon this might be one of those double bluff spoilers where they play it off like it’s a joke but it actually turns out to be true.

Guess we’ll know when the second episode airs in a few weeks eh? The suspense.

For more of the same, check out the run times for the episodes on the last season of Game Of Thrones. Not happy about that.