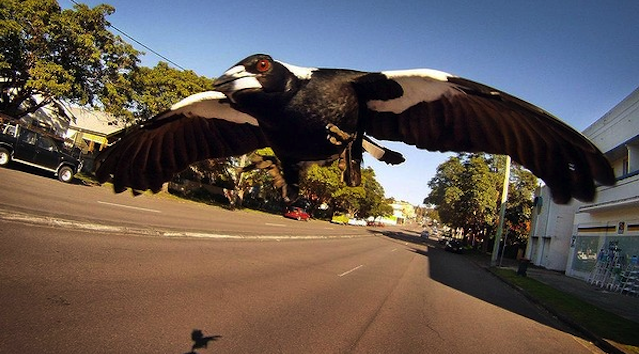 We featured this video of a radio presenter testing some of the ways you can protect yourself against magpie swooping in Australia the other week but I really didn’t think it was anywhere near as serious a problem as it actually is in reality. This video changed all that though.

It was filmed by a guy called Trent Nicholson as he was cycling down the street when a magpie comes out of nowhere and literally beats the crap out of him, swooping at him not once but six whole times. Oof that’s gonna hurt. The bird just doesn’t want to give up though and the attack probably continued long after the video finished. Fucker.

If this has turned you for birds then check out these pictures of birds with human arms to cheer you up.