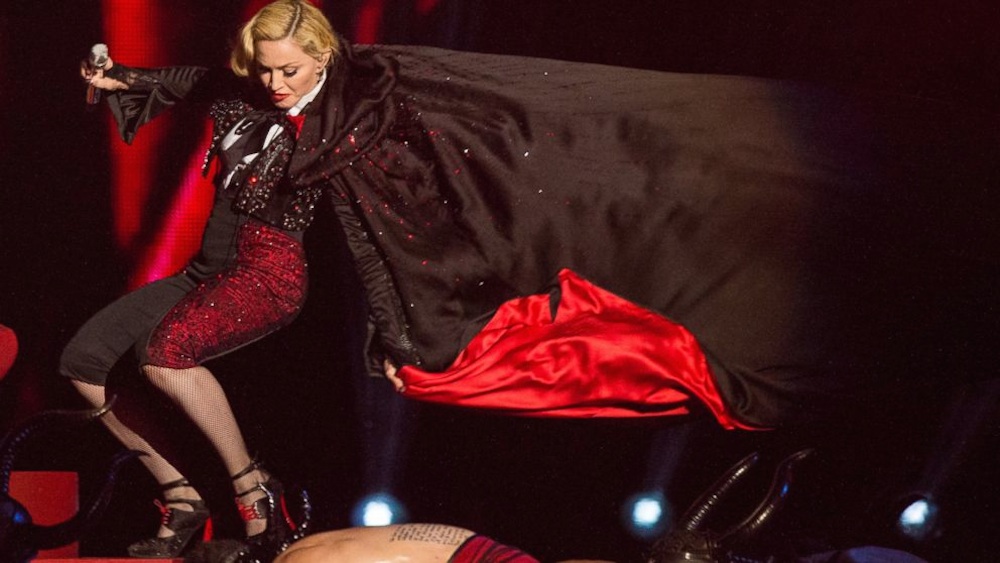 Thirty years in the business and she’s acting like it’s her very first time.

The Brit Awards was its usual car crash television last night, but nothing was better than when during the main performance of the night Madonna managed to well and truly screw up by falling off stage backwards during it. And it’s one hell of a bump, falling backwards down the stairs onto her head.

Ouch – nobody likes falling backwards. This obviously wasn’t part of the show, as you can see everyone look visibly shocked and Madge herself seem to be in considerable pain from it.

She also stops singing which is even more surprising, as everyone would probably assume that she would be singing along to a backing track at an event like this, so I suppose you have to say fair play for that. She also kept going with the song without really missing a beat either, like the consummate pro she is. Unlucky on absolutely messing up the biggest spot of the night though – it wouldn’t really be the Brit Awards without some major screw up though.

If only she could learn to style it out like Ed Sheeran does when he falls over on stage.