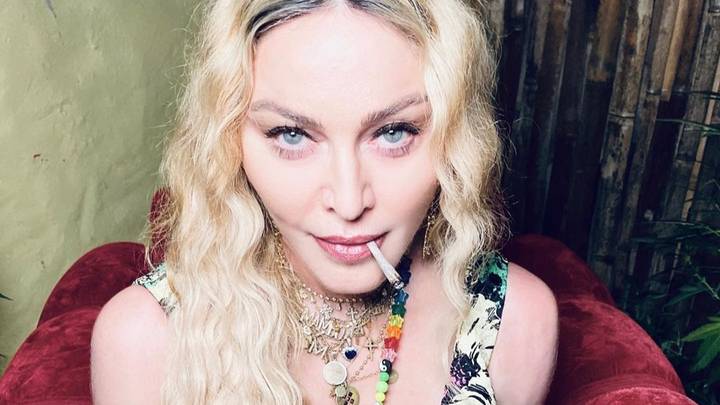 What is it with celebrities celebrating their birthdays smoking a load of weed? We had Conor McGregor doing it a few weeks ago and now we’ve got the queen of pop Madonna sharing her birthday session all over the internet as well.

Madonna was celebrating in Jamaica of all places with her 23 year old daughter Lourdes and 26 year old boyfriend Ahlamalik Williams – bet that isn’t too awkward or anything – and shared the details on her Instagram page. She was basically smoking loads of weed and having cocktails and staring lovingly into her forty year younger boyfriend’s eyes.

Yeah, looks like a great time although I gotta say that it’s kinda weird that a 62 year old woman wants to share such a detailed account of her birthday party with 15 million people. Doesn’t she want some privacy at her age?

I suppose Madonna has always been a bit of a weird one and it doesn’t look as if she’s going quietly into her old age after Madame X and her 26 year old boyfriend. As long as she’s happy I guess.

For more of the same, check out Madonna getting her boobs out on Instagram. Been doing that a lot recently.