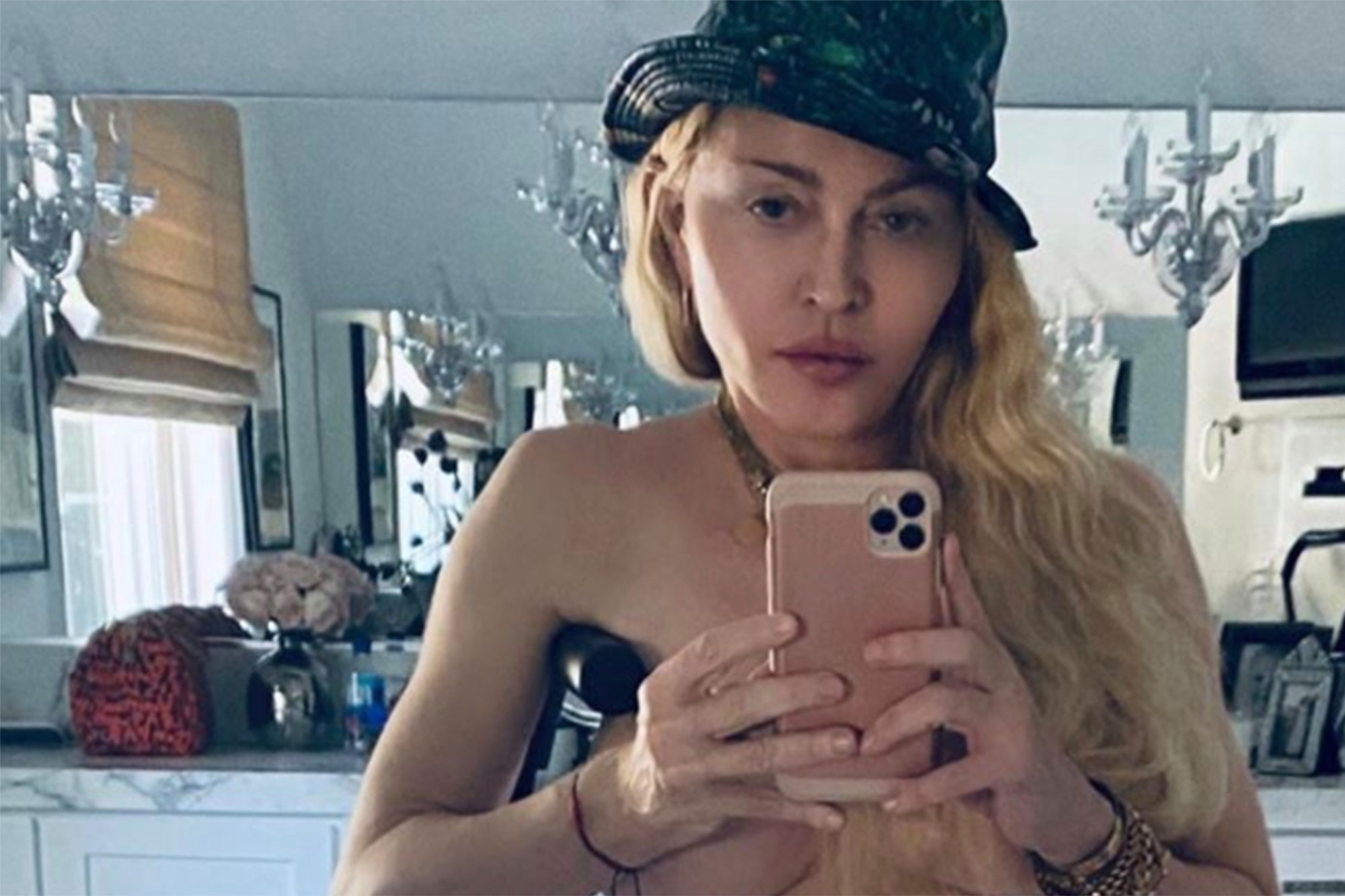 “Are you sure that’s not Johnny Depp?”

Look, we like to think of ourselves as a body positive website here on Sick Chirpse and so if 61-year-old Madonna wants to share pictures of her 61-year-old tits on Instagram, more power to her. For a woman of her age, she actually looks great, especially considering what a fast and hard life she’s been living since the early 80s:

So yeah, more than happy to blog this and get some extra eye balls on it. But that doesn’t mean everyone else in the online world is happy about it:

You sure that’s not Johnny Depp?

Just seen that topless pic of Madonna and now I hate everything on this fucking planet.

I love Madonna’s boobs almost as much as she does and I always will. Her mom died of breast cancer at 30. Madonna has always exulted in her body, and probably will forever, which is empowering. Enjoy the body you got.

I think that Madonna looks absolutely great, her boobs look a bit bigger that’s all. People forgetting that the woman is 61 and it is her body, so she can do what she wants.

Madonna, 61, Just Shared A Topless Photo While Leaning On A Crutch Your still a hog, just a old hog now still desperate for attention. Nobody wants to look at your old boob, go do something constructive for once maybe

Instead we have to see your old boobs. That ain’t art.

Rock on, Madonna. I have liked you since your first album. And you still have great boobs!

Geez, what a bunch of negative nancies some of those Tweeters are! Sure Madonna is an attention-seeker who can’t imagine life without being famous but she’s still one of the biggest, most successful musicians of all time. If she wants to get a titty or two out for the ‘Gram then let her do her thing IMO.

Anyway, here’s hoping she recovers from whatever caused her to be on that crutch. Never forget:

For the time Dennis Rodman said Madonna offered him $20 million to get her pregnant, click HERE. Somehow, I believe him.