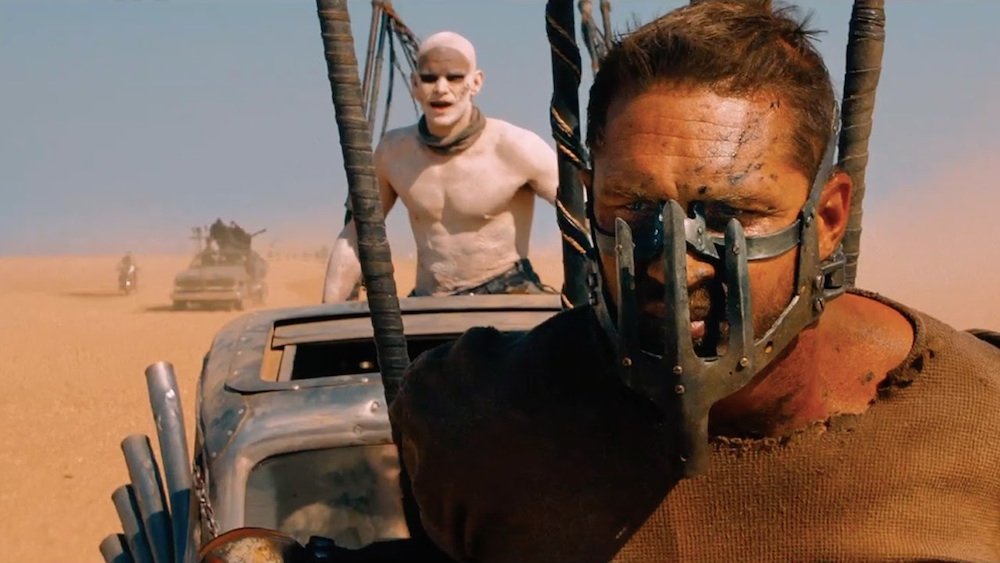 We got pretty excited when we saw the original trailer for Mad Max: Fury Road back in December, but now that it’s coming out in about six weeks and another trailer has dropped it’s safe to say that we’re super stoked.

This trailer looks even more insane than the original, with some badass guitar playing creeps rocking out on the front of a huge lorry and Mad Max jumping whilst wearing handcuffs onto some hooks being two highlights for me. It also seems like the movie will have some semblance of a plot – which it didn’t really seem like it would from the original trailer and creator George Miller’s comment that it would just be ‘one massive chase’ – although this does seem wafer thin to be fair. It looks like it’s going to be about some badass warlord who loses his sex slaves and goes chasing after them and somehow Mad Max gets involved. That’ll do for me though.

It’s 30 years since the last Mad Max film and it seems like Miller is making up for lost time with this one. We can’t wait.