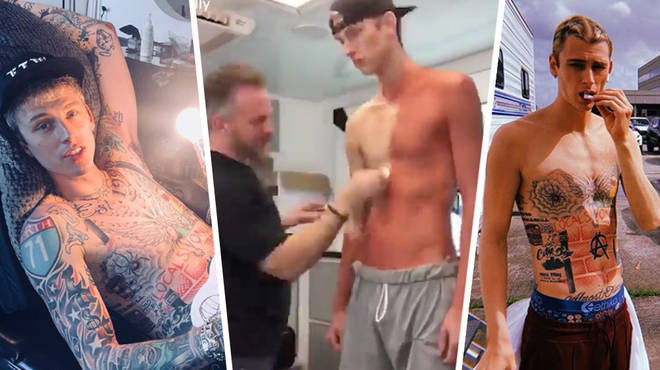 Having make up applied to you must get boring after a while, so I really can’t fathom going through the process that MGK went through every day for 4 months on the set of ‘The Dirt’.

The patience it must take to just sit there all day and have all that crap put on your body to cover your tattoos, and then add Tommy Lee’s tattoos on top of that is just unreal. I bet MGK and the makeup people were like best friends by the end of it:

this process was everyday for 4 months straight filming The Dirt, and even longer when we had to add Tommy’s tattoos. go watch The Dirt on @netflix !! pic.twitter.com/VlhVmKbgvS

Here’s a cool bonus video of MGK’s friends seeing him without tattoos for the first time:

MGK actually seems like a pretty cool dude even though most people seem to hate him because of his beef with Eminem. I heard the diss tracks though and you’re crazy if you don’t think MGK killed him.

‘The Dirt’ is out now on Netflix and it’s pretty damn good. Here’s the trailer.