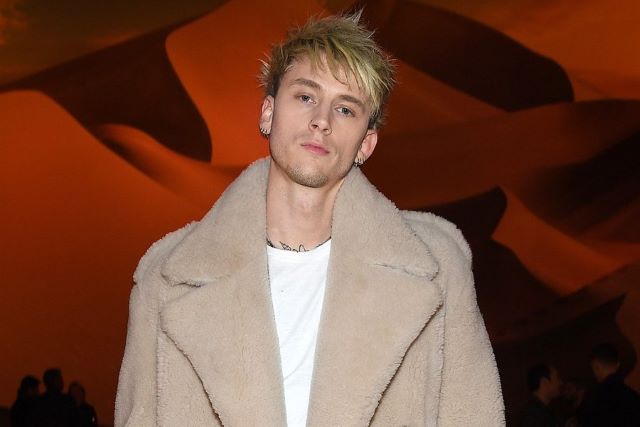 A couple years ago, Machine Gun Kelly was just another mediocre rapper. Now? He’s the guy who went from Kate Beckinsale to Sommer Ray to MEGAN FOX in the space of 12 months. The guy is absolutely killing life.

One thing he isn’t quite so good at is good tattoo choices, as evidenced by his latest reveal on Instagram which Popcrush called ‘a realistic new neck tattoo which makes it look like his neck has been sliced open’:

Oh wow, he got a red line down his neck. Really hardcore stuff. It looks more like a paper cut than a ‘sliced open’ neck. I know this guy’s got a zillion tattoos so one more doesn’t make a difference but what was he even thinking here?

That said, if anyone can pull off a crappy neck tattoo it’s Machine Gun Kelly. Plus with all the other tattoos he has it’s probably likely this one will get covered up by some other monstrosity sooner or later. I just wish he would have consulted me – some dude in the UK blogging in his pants – before getting that tat done. Oh well, as long as Megan Fox likes it I suppose.