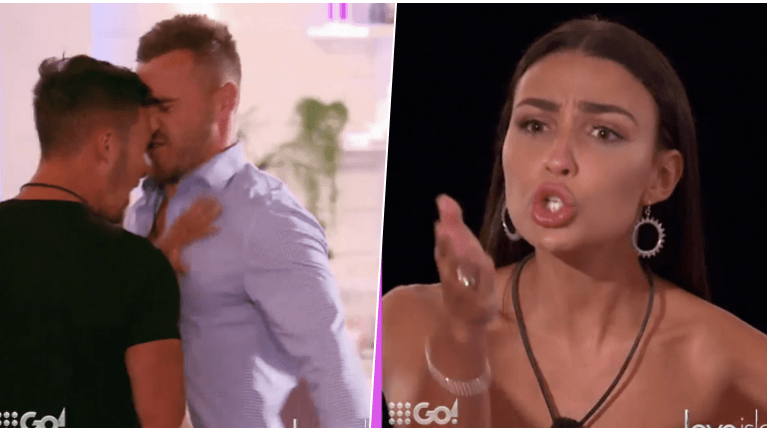 Thought the antics of Megan, Eyal, Dr Alex etc on Love Island made for exhilarating television? Well apparently it’s like watching ‘Songs of Praise’ compared to the Australian version.

The Aussies are also in Majorca filming their own series of the show, and from the looks of it the drama levels are superseding that of the Brits’.

Here’s some of the madness that went down last night – with the entire crew all having a go at each other before almost coming to fisticuffs:

And an extended look if you prefer:

They’ve now got the attention of UK viewers:

It’s actually really good, once you get over the accents

Might be a shout to just merge the villas and let an all-out Brits Vs Aussies showdown take place. Nothing wrong with a bit of friendly competition is there?