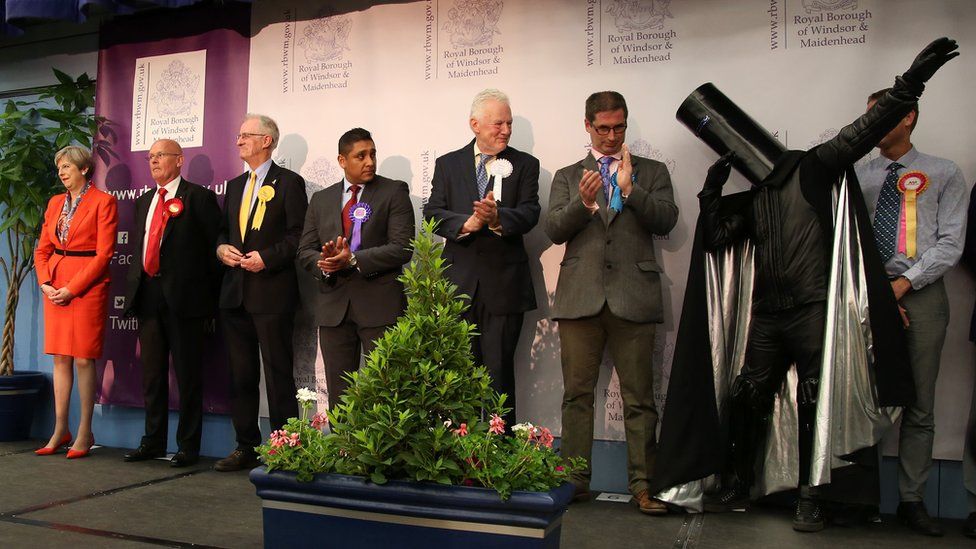 This year’s General Election was eventful to say the least. Aside from the competition between the key parties, there were several breakout stars who battled it out to demonstrate the true meaning of democracy in the UK.

The candidate who stood out the most was Lord Buckethead. Looking like something straight out of Star Wars, this tall, dark figure stood in Theresa May’s constituency, and he quickly became a viral sensation thanks to his striking look and outrageous policies. Here’s his 2017 manifesto: 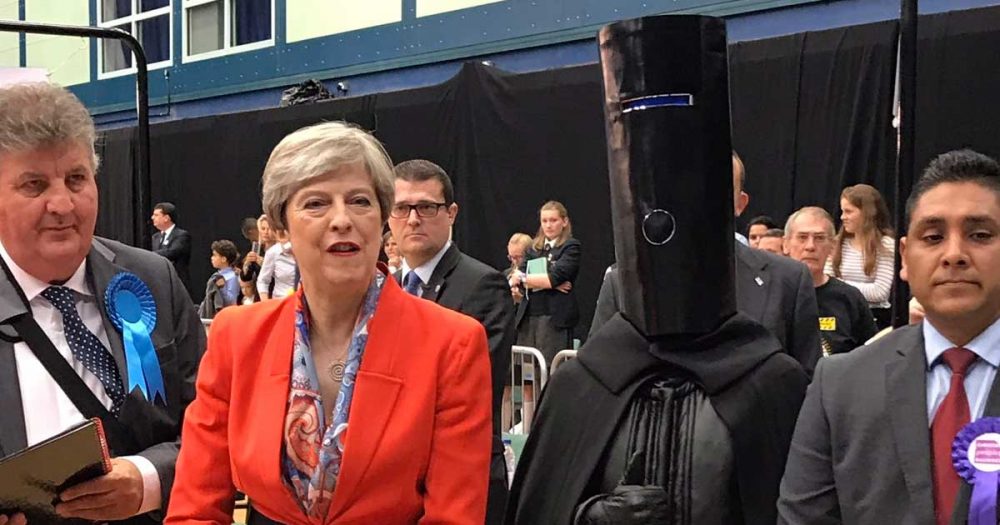 Amazing – I’m really into the Katie Hopkins rule and the idea to stop selling arms to Saudi Arabia and to start buying lasers from Lord Buckethead instead.

This isn’t the first time this guy has made a stir in the political world – he also stood against Margaret Thatcher in 1987 and John Major in 1992. But just where did he come from?

His origins are rather interesting – this character was actually the villain of a low-budget 1984 sci-fi comedy called ‘Gremlins’ or sometimes also known as ‘Gremloids’.

For those of you wondering about the genesis of Lord Buckethead that aren't cult film buffs… pic.twitter.com/Kb4n2GqRZc

You can tell from that shoddy front cover that it’s some sort of Star Wars parody.

I’m not entirely sure why Lord Buckethead chose to take on this character – maybe it’s because no one would have seen the film, or maybe it’s because the character in the film chases two humans who he thinks are his enemies, which could be a metaphor for his attempt to stand against Tory leaders in the election. Either way, he’s going to be remembered as one of the high points of an otherwise shitshow of an election. Hats (or should I say, buckets) off to you Lord Buckethead.

For more breakout stars of the general election, check out Mr. Fish Finger.