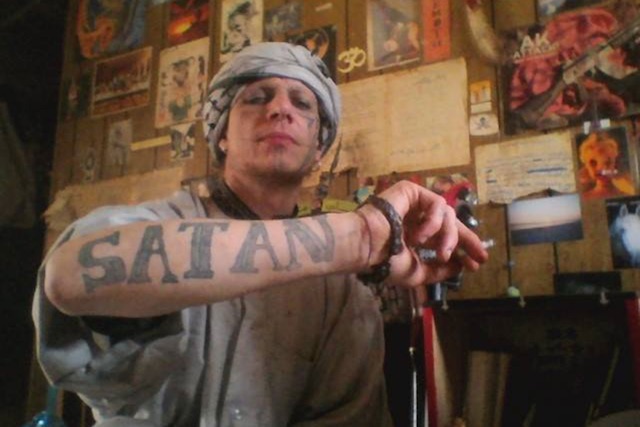 People continue to be fascinated by murderers and cannibals and rightly so because they live on the edges of society and are clearly very complex and completely weird people and so that’s what makes them interesting. At least that’s how I’m interpreting it, right?

Anyway, the latest character to feature on VICE’s ‘Devil We Know’ series is suspected cannibal murderer Pazuzu Algarad, who used an Islamic Satanist persona to terrorise his local community and manipulate those close to him. Police eventually found a bunch of skeletons buried in his backyard and they’ve now released footage of the first time that they entered his house, which is probably even spookier than what you imagine the inside of a cannibal murderer’s house to look like:

What the actual fuck? How did his mother live there as well if the place was as rancid and putrid as they’re describing? Surely they must have known that something was up with them? They kinda glossed over that bit didn’t they?

All three were arrested after the skeletons were discovered in his backyard in 2014 and it was later discovered that the two men were killed back in 2009. Algarad committed suicide in his cell before his trial and his house was eventually demolished by the local government but his two fiancees are both serving jail sentence for their parts in his crimes. Here’s a link if you want to know more.

For more of the same, check out 10 of the most terrifying real life Halloween stories. None of them are as screwed up as this one though.