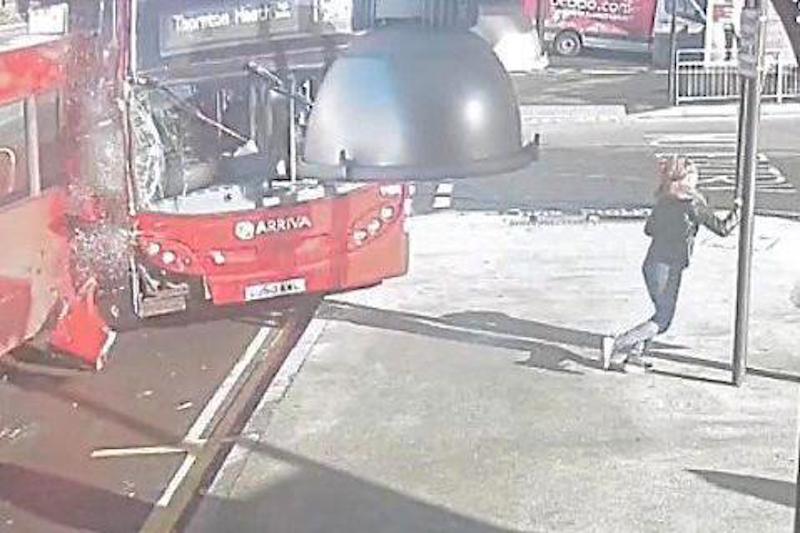 We’ve all had bad comedowns, but most of the time the only person we’re hurting is ourselves.

This guy, however, managed to injure 12 people in the process when he smashed the bus he was driving into a depot.

This week a court heard how Anderson Worrell, 62, had pressed the accelerator instead of the break of the bus in Croydon, crashing into a car carrying a baby before swerving into the station.

Among the injured was a 15-year-old girl on the top deck, as well as a woman who was six months pregnant and a seven-year-old boy who fainted after being hit in the head with shattered glass.

It was revealed the night before the incident, which occurred last November, Anderson had been smoking crack.

He pleaded guilty for the crash and was sentenced to 30 months by Judge Elizabeth Smaller, who told him:

Although you were not experiencing a high from the crack cocaine which you had taken at the time of driving, it would have deprived you of sleep the night before and the after-effects the next day would include tiredness.

You were taking crack cocaine to deal with depression and illness, but that was a deliberate decision on your part, knowing that the next day members of the public essentially placed themselves in your care.

To make this case even sadder, Anderson had a perfect record as a bus driver for 30 years and said he took the drugs in order to cope with a cancer diagnosis and depression.

Thankfully no one died as a result of the crash, but people were seriously hurt. No one is a winner in this situation – hopefully Anderson is able to work through his issues and the passengers make a full recovery.

For the time an armed maniac boarded a London bus before a hero stepped in to save everyone on board, click HERE.