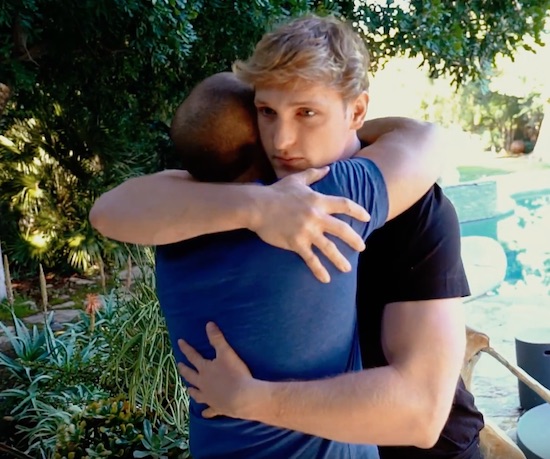 His first video deals with his new ‘mission’ to educate himself and others about suicide.

It’s been almost a month since the Logan Paul suicide forest scandal and we haven’t really heard that much from him since the famous YouTuber was pretty much slammed by everyone in the world for his actions when he found a dead body.

Logan had previously made a YouTube video every day for the past however many years, but decided that he was taking a break from vlogging for the foreseeable future in the wake of the backlash against his suicide forest video. The majority of the world was thankful.

Well, that hiatus is over now and Logan dropped his first new video since the debacle yesterday. Unsurprisingly, it deals with the consequences of his actions and features him looking remorseful as he travels around the country, learning more about suicide from survivors and the head of a Suicide Prevention organisation:

Well, I don’t really know what to say about that. On the one hand, everyone is going to say this was the video he had to make and that Logan is only doing it for views (already on 9 million at the time of writing) which is probably at least halfway true, but  on the other hand 9 million people who might not know that much about suicide, now have at least some degree of education about it.

Logan Paul’s damned if he does and damned if he doesn’t right now, but I don’t think that you can deny that this video is going to help a lot of people there, regardless of Paul’s true intentions. Although  the video is very well done, that hug at the end was perhaps a bit too much – he might as well have looked at or winked at the camera when he did it. Guess if there’s one thing the guy does know, it’s how to make video content.

For more about suicide, check out this feature on the Aokigahara Forest where Logan took his original video. Messed up.