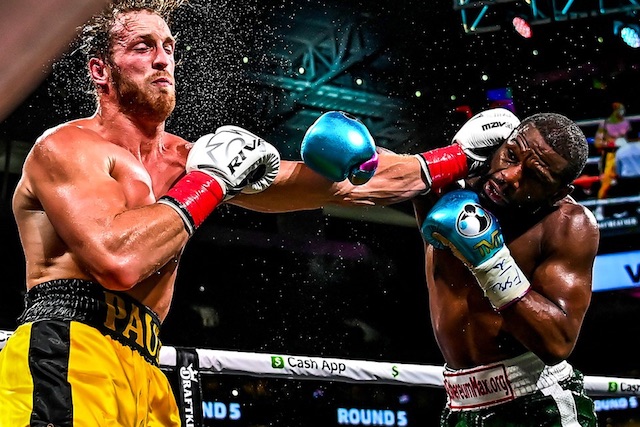 Logan Paul and Floyd Mayweather fought one of the most uninspiring boxing matches of all time on Sunday night – at least that’s what I’ve been told, I wasn’t dumb enough to tune in for it – but there’s been some controversy following it after some people claimed that Floyd knocked Paul out and held him up to keep the fight going on longer.

Logan Paul himself has moved quickly to dispel these rumours, saying the following in an Instagram video:

The morning after the fight, not too shabby for fighting the best.

I’m seeing this narrative going around where there’s one part of the fight where Floyd punched me and I kind of leaned down a little bit.

It looks like I kind of went limp, and people are trying to spin it and say that he knocked me out and caught me, and kept me up to keep the fight going to the eighth round.

Wow. Doesn’t sound like he’s too impressed with these theories going round, but then again I suppose you wouldn’t be if you legitimately thought that you had managed to survive eight rounds with the best boxer of all time and that he hadn’t just been playing with you the whole time.

Anyway, I doubt this statement is going to do anything to halt the critics of the fight and that it will still be looked upon as a ridicule to the sport for years to come, but at least Logan Paul is coming out punching and not ignoring it. Be great to see if Floyd has anything to say about it as well.

For more of the same, check out Logan Paul giving the most bizarre interview of all time a couple of years ago. What a nut job.